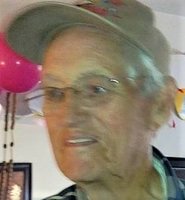 Elmer L. Schoolcraft, age 90, of McKean Twp., passed away on Tuesday, August 20, 2019 at Fairview Manor after a brief illness.  He was born on July 13, 1929 in Kansas, the son of the late Irvy and Florence McColmont Schoolcraft.

He proudly served in the US Army during the Korean War.

He was preceded in death by one daughter Bonnie Chaffee and two sisters.

In lieu of flowers, memorial contributions may be made to the family in care of the funeral home.