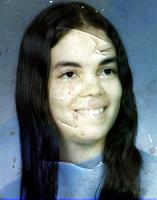 Pamela Ford For the Lord Himself shall descend from heaven with a shout, with the voice of the archangel, and with the trump of God: and the dead in Christ shall rise first (I Thessalonians 4:16 AKJ) On Friday May 4, 2012, our Lord called His daughter, Pamela Ford home to be with Him. Pamela was born in Erie, PA on March 13, 1954 to Randolph and Fannie Laura Bowe. She graduated in 1972 and was homecoming queen at East High School. She was an avid reader and an excellent cook. She spent her time being with family and friends as she continued her commitment to the LORD. Pamela accepted Christ at an early age and was a faithful member at the Cornerstone Liberty Community Church. She was a dedicated intercessory prayer warrior who would make her way to the church seven days a week. She served in the hospitality committee, usher board, and was an avid praise and worshipper. Pam was a prime example of a &quot;doer of the word of God&quot; (James 1:22), as evident in Ecclesiastes 9:10, which states &quot;Whatsoever thy hand findeth to do, do it with thy might&quot;, and John 9:4 which states, &quot;I must work the works of Him that sent me, while it is day: the night cometh, when no man can work.&quot; Pam was a conduit of God's love and the epitome of a person who could love you back to life! She worked feverishly for the Lord until she was called home to be with Him. Pam knew no strangers and sowed the &quot;seeds of love&quot; to everyone she met. The Cornerstone will continue to water those seeds and watch them grow. She was also a hardworking, passionate and caring person who made a positive impression on everyone she came in contact with. During her 8 years working at Splash Lagoon, she was the 2009 Recipient of the Pauline Scott Award. She was also employed at Stairways and Wegman's. She was preceded in death by her mother Fannie Laura Bowe. She leaves to rejoice and cherish her memory: Her father, Randolph Bowe; two sisters: Georgianne Kinnard, Priscilla (Pat) Woodard (husband Richard); husband: Albert Ford Jr.; four children: Albert Ford III, Randi Ford (fianc&eacute;e Carlos), Patricia Ford, and Cordero Davis; nine grandchildren: Derek Gambill, Deondra Ford, DaJonah Ford, Joella Carter, Auryana Morales, Autumn Ford, Janaya Carter, Ayla Gannoe, and Armando Perez; nieces: Lisa Woodard and Nicolina Kinnard, nephews: Terry Kinnard (wife Debbie), Rodney Woodard(prayer partner), Todd Woodard, all residing in Erie, PA and Alex Kinnard (wife Marisa),residing in San Diego, CA. Memorial Service will be held on Wednesday, May 9, 2012 from 10:00-12:00p.m., at Cornerstone Liberty Community Church, 2220 Wayne Street, Reverend Dr. Sandra M. Vactor presiding. Following the Memorial Service, there will be a closing memorial at Splash Lagoon Water Park and Resort, 8091 Peach Street starting at 1pm. The Dusckas-Martin Funeral Home and Crematory, Inc., 4216 Sterrettania Rd. is handling arrangements. In lieu of flowers, memorial contributions may be made to the family in care of the funeral home. Enhance your memorial with a slideshow and video