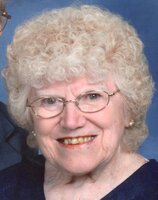 Margaret A. “Peggy” Zurawski, 84, a lifelong resident of Erie, passed away on Tuesday October 5, 2021 at St. Mary’s at Asbury Ridge Nursing Facility. She was born in Erie on June 10, 1937 a daughter of the late Donald J. and Margaret A. (Gleason) Buseck. In addition to her parents, she was preceded in death by four brothers, Dick, Doug, Bill and Clem Buseck and one brother, Thomas Buseck in infancy. As a young woman, Peggy was employed at LORD Corporation. She was a member of Our Lady of Peace Catholic Church for over 50 years. Along with her husband they were very active members and supporters of the church and school. Peggy enjoyed getting involved with many ministries at the church, including participating in the 31 Club (prayers for vocations) the Rosary at weekday Mass and Novena. At the annual OLP Casino Night, people knew they would find Peggy and Ed at their usual table. Peggy enjoyed any activity involving her grandchildren, never missing an opportunity to cheer them on. She is survived by her loving husband of 62 years, Edward R. Zurawski; four daughters, Cheryl (Bill) Bell, Cynthia Zurawski, Kathy (Andy) Zurawski-King and Colleen (Bob) Maxson; eleven grandchildren, Terry, Billy, Rachel, Sarah, Philip, Chris, Sam, Audrey, Mike, Alyssa and Nicole; several great-grandchildren and one sister Donna Buseck. The family would like to extend their sincere appreciation to the staff at St. Mary’s at Asbury Ridge, particularly the caregivers on neighborhood E, who went above and beyond in the care of their mother. Margaret’s family would like to extend an invitation to friends and family for a Funeral Mass, celebrated on Monday morning at 10:30 AM, at Our Lady of Peace Catholic Church 2401 W 38th St. Erie, PA 16506 with Fr. Michael DeMartinis as Celebrant. Interment will follow in Gate of Heaven Cemetery. Arrangements are under the care of the Dusckas-Martin Funeral Home & Crematory Inc. 4216 Sterrettania Rd. Erie, PA 16506. In lieu of flowers memorial contributions may be made to, St. Jude Children’s Research Hospital 501 St. Jude Place Memphis, TN 38105 or https://www.stjude.org/donate/donate-to-st-jude.html