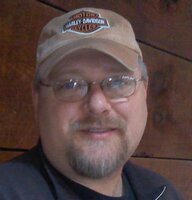 James R. “Jimmy” Wick age 61 of Millcreek Twp., passed away unexpectedly at his home on Thursday January 6, 2022, following a three-month illness. He was born in Erie on May 28, 1960 a son of the late Eugene P. and Joan (Pace) Wick. Jimmy was employed at GE and was a member of A.B.A.T.E and Hog motorcycle clubs. He enjoyed riding his Harley, and camping. He is survived by his three children, Megan (Nathan) Doverspike, Sarah Wick and Tim Wick; one sister Kathy (Rick) Ahlbrandt and three brothers, David Wick, Jerry Wick and Peter (Lisa) Wick. Funeral services were private and held at the convenience of the family.