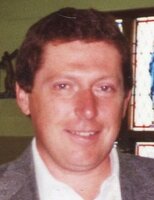 John Gorka John Gorka, age 70, of Millcreek Twp., passed away unexpectedly on Saturday, May 21, 2022 at St. Vincent Hospital. He was born in Erie on May 1, 1952 the son of Julian Gorka of Erie and the late Lucille Brzezinski Gorka. He was a 1970 graduate of Iroquois H.S. and received his BA degree from the University of Pittsburgh. He had been employed at Mercyhurst University, GE, and several other manufacturing plants. John enjoyed golf, was an avid Yankees and Pitt Panthers fan, enjoyed riding motorcycles, doing maintenance projects around the house, but mostly spending time with his family. He was preceded in death by his mother, one brother Karl Gorka, and one niece Sarah Barbale. He is survived by two sons; Michael Gorka (Somer) of State College, PA, Timothy Gorka of Millcreek Twp., four sisters: Janice Trott, Laura Grolemund, Julie Gorka, and Michelle Barbale (John), one granddaughter Elliott Gorka, one step-granddaughter Bennett Metz, his former wife Kathy Gorka, and a great friend Mark Tetuan. Friends may call at the Dusckas-Martin Funeral Home and Crematory, Inc., 4216 Sterrettania Rd. on Thursday, May 26, 2022 from 2 p.m. until time of service there at 5 p.m. Private interment. Memorial contributions may be made to the charity of one’s choice