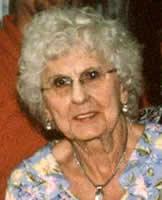 Vera Mikitos Urraro Vera Mikitos Urraro, age 82, went to be with her Savior and Lord on Friday, February 16, 2008 after a brief illness. She lived at the Manchester Presbyterian Lodge and formerly at 2727 Sterrettania Rd. She was a homemaker and loved to sew, can vegetables from the garden that her husband, Cajetan, grew. She was a member of Erie First Assembly of God for many years and was a member of their choir and participated in church musicals. She loved her dogs: Puffy, Rascal, and Chachi. She is survived by her husband of sixty years, Cajetan G. Urraro, one sister, Marcella Costello, two sons, Jeffrey and Laurie Urraro all of Erie, Dean and Lisa Urraro of Atlanta, GA, three daughters: Marcia and David Terry of Houston, TX, Elise and Robert Sesler of Millcreek, and Jill and Thomas Hawk of NC, 8 grandchildren, and many nieces and nephews. Three sisters, Mary Collier, Ann Macaluso, and Olga Arbus preceded her in death. Friends may call at the Dusckas-Martin Funeral Home and Crematory, Inc., 4216 Sterrettania Rd. on Wednesday from 2 to 5 and 7 to 9 p.m. and are invited to Erie First Assembly of God on Thursday at 10 a.m. for the funeral service. Interment Laurel Hill Cemetery. Memorial contributions may be made to Erie First Assembly of God, 8150 Oliver Rd., Erie, PA 16509.