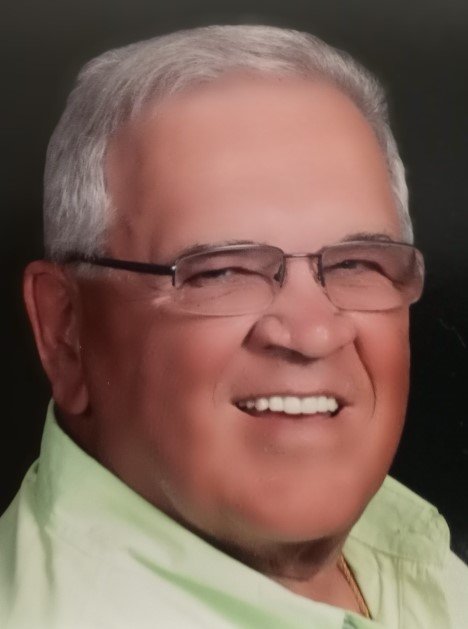 Please share a memory of Ralph to include in a keepsake book for family and friends.
View Tribute Book
Ralph M. “Mike” Lucas, age 72, passed away on February 11, 2021 at his winter residence in western Florida. Ralph “Mike” was born in Erie on June 19, 1948 to the late, Delva (Swanson) Lucas Podmore and Vernon Lucas. Mike attended East High School but later obtained his GED in 1989. He attended St. Vincent School of Nursing, graduating in 1991 as an RN and worked for three years at St. Vincent Hospital. He was then employed at SCI at Albion for 16 years, working in the infirmary and retired in 2010. Prior to his nursing career Mike worked at Bucyrus-Erie, sold real estate for Foht Realtors, operated an ice cream store (Lickety Split), and ran a second-hand store (A to Z)… He was a man of many talents! A Vietnam Veteran, Mike joined the U.S. Army at the age of 19. He was stationed in Vietnam in 1968 as a SP4 Truck Driver. He also served in the Army Reserves in the Erie MASH Unit as a Medic Specialist. It was working here that led to his desire to become a Registered Nurse. Mike was a proud member of A.A. for 44years and a life member of the Alcanon Club. In retirement, he became a volunteer for the Erie VA Medical Center and was proud to help other veterans like himself. He was a true patriot. Mike was an avid and lifelong Raiders football fan. He was such a die-hard fan that he named his best friend and adored dog, Raider, after the team. Mike loved fishing on Lake Erie and on the Gulf of Mexico. He was always after “the big fish”. Mike and childhood friend, Spencer Simon, took many fishing trips over the years, but his best trip was his retirement trip to Alaska, where they enjoyed 3 weeks of great fishing. He had many fish-fry picnics at his home sharing his catch with family and friends. Mike is survived by his beloved wife of 41 years, Theresa; sons, Michael D. Lucas and Joseph C. Lucas from his 1st marriage; grandsons, Austin, Aaron, and Michael Lucas; sister, Gail (Earle) Hartleb; sisters-in-law, Camille Woodling, Antoinette Henderson (Jerry Brace), Mary Bonaminio; brothers-in-law, Joseph (Cathi) Kownacki, Larry (Michelle) Kownacki; nephews, Shawn (Wendy) Lipinski and Scott Lipinski, Tony Kownacki, Jim (Natalia) Kopkowski, Michael (Chelsea) Henderson, Scott (Kristie) Woodling, Kevin (Anna) Woodling; nieces, Tracy (Eric) Lehr, Amy and Angela Kownacki, Nancy (Spike) Russell, Melanie Henderson (Sean Russo); aunt, Gloria (Leonard) Wilczynski and cousins, Tony (Sandy), Dennis (Ginny), Eddy, Jeff, Lisa Digello, Patty (Dave) Piskorski, Sue (Jim) Roberts and Rocky Swanson. In addition to his parents, he was preceded in death by his stepfather, Thomas Podmore, Uncle Ed and Aunt Harriet Digello, Uncle Ralph and Aunt Ruth Swanson, Uncle Jack Swanson and cousins, Jimmy & Billy Digello and Cathy Ann Swanson Blackmond. Mike will be greatly missed by all who knew him for his love of life, infectious laughter, his big hugs and his happy smile. Friends may call at the Dusckas-Martin Funeral Home & Crematory Inc. 4216 Sterrettania Rd. Erie, PA 16506, on Sunday February 21, 2021 from 2:00 PM until 5:00 PM. Funeral services and burial with be at the privacy of the family. All CDC Covid-19 Guidelines will be strictly enforced. In lieu of flowers memorial contributions may be made to the Veterans Miracle Center Erie (VMCE) at 1573 W 39th St. Erie, PA 16509.
To plant a beautiful memorial tree in memory of Ralph Lucas, please visit our Tree Store

A Memorial Tree was planted for Ralph
We are deeply sorry for your loss ~ the staff at Dusckas - Martin Funeral Home
Join in honoring their life - plant a memorial tree
Services for Ralph Lucas
There are no events scheduled. You can still show your support by planting a tree in memory of Ralph Lucas.
Plant a tree in memory of Ralph
Print
Online Memory & Photo Sharing Event
Online Event
About this Event