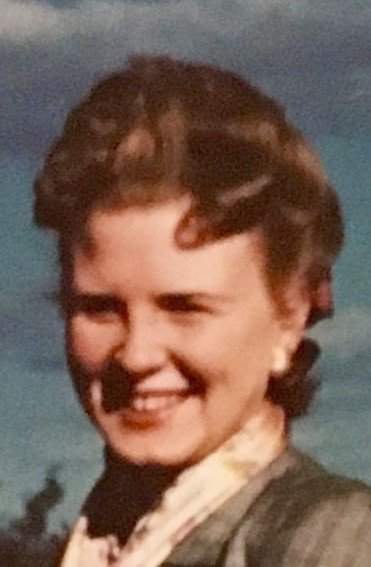 Elise Erika Gardner, age 94, formerly of Harborcreek, passed away February 13, 2021 at Manchester Commons due to medical complications and Alzheimer's disease. She was born to the late Theodore and Elise Ruehl on January 6, 1927 in Wiesbaden Germany. Elise met her late husband Alvin Gardner (1997) while he was stationed in Germany following World War II. Their shared love of music and nature led to marriage and her journey to the United States. Six months after they wed, she moved to New York City to join and support her new husband. She took great pride in becoming a U.S. citizen and learning English. After a series of moves around the Northeast, they settled in Harborcreek and put down roots. Once there she turned her attention to perfecting home making. Her creativity and skill were clear to all in her cooking, crafting and overall ability to create fun. She loved to learn and read and there was always a book nearby. Animals were a particular love of hers and every stray made a beeline for her house. All befriended chipmunks were known as Charlie. She also enjoyed nature and camping and retirement years spent exploring the country in an R.V. with Al were some of her fondest memories. In later years her neighbors recalled that the sure sign of spring was to open a window and hear her laughter as she enjoyed the sun on her lawn. She is survived by two children, Leon Gardner of St. Simons, GA and Heather Gardner-Madras (Jim Madras) of Springfield, OR. She loved all children and was a devoted mother. There will not be an official service in Erie. If you wish to honor her, please make a donation to help children, nature or animals. Or just help someone out in her memory. And remember to laugh. Arrangements are under the care of the Dusckas-Martin Funeral Home & Crematory Inc. 4216 Sterrettania Rd. Erie, PA 16506.
To plant a beautiful memorial tree in memory of Elise Gardner, please visit our Tree Store

A Memorial Tree was planted for Elise
We are deeply sorry for your loss ~ the staff at Dusckas - Martin Funeral Home
Join in honoring their life - plant a memorial tree
Services for Elise Gardner
There are no events scheduled. You can still show your support by planting a tree in memory of Elise Gardner.
Plant a tree in memory of Elise
Print
Share A Memory
Plant a Tree