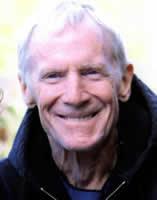 William &quot;Bill&quot; M. Kibler William &quot;Bill&quot; M. Kibler, age 69, died at his Millcreek Twp. residence on Tuesday, October 13, 2009 after an extended illness, surrounded by his loving family. He was born in Erie on December 23, 1939, the son of the late, Richard and Margaret Culver Kibler. He had been employed with his father at the family foundry in Girard and then was a plumber for forty years with George Winston &amp; Co. He was a Jehovah Witness since 2002 and was a member of the Girard Congregation. He enjoyed NASCAR racing, fishing, outdoors, camping, boating and was a Cleveland Browns fan. He is survived by his wife, Dolores &quot;Dolly&quot; Potosnak Kibler, two daughters; Kimberlee A. Pilewski (Shane Marshall) of Girard, Stacey Murphy (Jeffrey) of Erie, two sons; Kevin and Kerry Kibler, both of Girard, two sisters; Sue McWhirter, of Pittsburgh, Karen Winston (Richard) of Lake City, one brother, Charles Kibler of Girard, one step daughter, Heidi E. Bemiss (Roy) of North East, two step sons; Dr. William K. Swanson III of Millcreek, Randy S. Swanson of Raleigh, NC, ten grandchildren and many nieces and nephews. He was preceded in death by one brother, John Kibler. Friends may call at the Dusckas-Martin Funeral Home and Crematory, Inc., 4216 Sterrettania Rd. on Friday from 2 to 4 and 7 to 9 p.m. and are invited to the Girard Kingdom Hall, 7200 Meadville Rd (Rt.18) on Saturday at 1:00 p.m. for the Memorial Service. Private interment. Enhance your memorial with a slideshow and video
To plant a beautiful memorial tree in memory of William Kibler, please visit our Tree Store

A Memorial Tree was planted for William
We are deeply sorry for your loss ~ the staff at Dusckas - Martin Funeral Home
Join in honoring their life - plant a memorial tree
Services for William Kibler
There are no events scheduled. You can still show your support by planting a tree in memory of William Kibler.
Plant a tree in memory of William
Print
Share A Memory
Plant a Tree