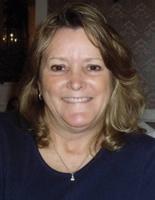 Please share a memory of Carol to include in a keepsake book for family and friends.
View Tribute Book
Carol S. Preston Kramer Carol S. Preston Kramer, age 58, of Millcreek Twp. passed early Friday morning, August 24, 2012, at her residence surrounded by her loving family following a courageous five year battle with cancer. She was born in Erie on July 24, 1954, the daughter of Joyce E. McMichael Gronborg (Hans) of Harborcreek and the late Vernon P. Preston. She was a 1972 graduate of McDowell High School and received her Associate's Degree at Mercyhurst College. She was employed at Lord Corp. for thirty-nine years as a materials control coordinator. She was a member of Wesley United Methodist Church where she was a member of the Wesley Bible Study. She was involved with the Thrivers at the Regional Cancer Center. Carol enjoyed summers at the family cottage in Findlay Lake, NY with her family. She is survived by her husband, Kenneth R. Kramer, one daughter, Jessica Kramer Kelly of Erie, one brother, Michael P. Preston (Janet L.) of Cranesville, PA, one grandson, Brian Kramer Kelly of Erie, one granddaughter, Rachel Kelly of Erie, her stepfather, Hans Gronborg, stepbrothers, one stepsister, one niece, several nephews, and grand nieces and nephews. She was preceded in death by her father and one brother, Joel Preston. Friends may call at the Dusckas-Martin Funeral Home and Crematory, Inc., 4216 Sterrettania Rd. on Wednesday from 4 p.m. until time of Memorial Service at 7 p.m. conducted by the Rev. Joseph Preston. Private interment. Memorial contributions may be made to the Erie Regional Cancer Center, 2500 West 12th Street, Erie, PA 16505 or to Great Lakes Hospice, 1700 Peach Street, Erie, PA 16501. Enhance your memorial with a slideshow and video
To plant a beautiful memorial tree in memory of Carol Kramer, please visit our Tree Store

A Memorial Tree was planted for Carol
We are deeply sorry for your loss ~ the staff at Dusckas - Martin Funeral Home
Join in honoring their life - plant a memorial tree
Services for Carol Kramer
There are no events scheduled. You can still show your support by planting a tree in memory of Carol Kramer.
Plant a tree in memory of Carol
Print
Online Memory & Photo Sharing Event
Online Event
About this Event