The staff at DMFH is by far the most professional in the tri-state region. We cater to all religions or beliefs of families, and will accommodate all customs as well. We know that when a death occurs, there is a true “TEAM” effort that takes place among the staff. Our staff believes that all families deserve 100% of our attention. You will not be regarded as “just another family”, rather the DMFH will regard you as the most important part of our business. We will provide families with personal care and affordability you’ll find nowhere else. The DMFH staff lives by the three words, Pride, Dedication, and Togetherness. It truly defines exactly why our firm continues to grow with the community, and grow with you. 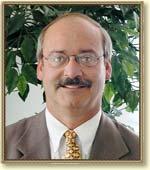 Jack Martin is a Millcreek native growing up a mile from the current location of Dusckas-Martin FH. He attended McDowell HS and graduated from there in 1971. He attended Theil College in Greenville, PA where he received a BA degree in psychology and a minor in education. He taught public school education in Millcreek Twp. School District for 12 years. He obtained his MS degree in Counseling in 1980 from Gannon University. Jack entered the field of higher education administration when he accepted the position of Director of Development at Gannon University in 1989. He traveled extensively as a fundraiser. In 1994 he accepted the position of Vice President of advancement at Edinboro University until his enrollment at the Pittsburgh Institute of Mortuary Science in 1996. He graduated with honors and began working with his wives' cousin, Nancy Dusckas. Jack was familiar with the mortuary field since he did work part-time for the founder of Dusckas Funeral Home, Gus Dusckas, during his teaching days in Millcreek. Jack always realized he would someday enter the mortuary field. Since then he has finished all course work and comps for his doctoral degree. “This is my life’s calling and my ministry work which God called me to enter back in 1996.

I thoroughly enjoy working with all our families and I never lose contact with them after servicing them during an at-need situation. I assist years later with widows and widowers when they need my help. ” – Jack Martin.

Karen is Jack’s wife and the Office Manager at DMFH. Jack and Karen graduated from high school together (McDowell) in 1971. Karen attended The College of Wooster, Ohio and graduated in 1975 with a B.A. in Speech Pathology/Elementary Education. She taught elementary education in the Millcreek Township School District for 12 years, retiring in June of 1987 to raise a family. 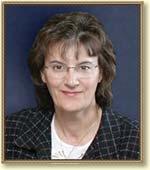 Nancy E. Dusckas took over the reins of her dad, Gus Dusckas when he passed away in 1988. Nancy has an extensive background in social work, counseling and psychology. She attended and graduated from Taylor University in Indiana in 1975 and obtained her Masters degree from Gannon University in Counseling. Nancy is also a graduate of the Pittsburgh Institute of Mortuary Science. She has received numerous awards in the field of business leadership, women’s leadership, etc.