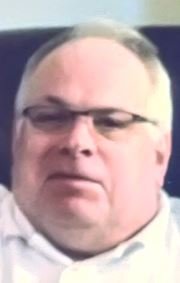 Obituary of Earnest A. Enssle, Jr.

Earnest A. Enssle, Jr. passed away peacefully on November 30th.  Ernie was born in Conneaut, Ohio on November 7, 1952.  He served in the United States Army and completed a tour in Okinawa, Japan.  He worked as a carpenter and was a jack of all trades with the ability to fix and work on a variety of tasks.  Ernie previously worked at Shriners Hospital and was most recently employed at Wayside Presbyterian Church until September 2013.  Ernie coached little league baseball when his sons were young.  He enjoyed fishing, listening to the Beatles, watching the Pirates & Steelers, Thursday night game night and playing solitaire.  He was a self-taught guitarist who also enjoyed collecting them.

Ernie was preceded in death by his parents, Earnest Sr. and Hope Enssle, an infant brother, Daniel, and his father in law, Edward (Red) Brown.

Ernie is survived by his loving wife and keeper of his heart, Pauline Brown Enssle.  Whenever asked if he had a heart, he would say, “No, I gave it away 46 years ago to the love of my life.”  He also leaves behind two sons, Timothy (Nataly) and Thomas, along with two beautiful granddaughters, Sabrina and Ashley to cherish his memory.

The family would like to acknowledge how grateful they are to the Congregation of Wayside Presbyterian Church for their ongoing kindness, concern and well wishes toward Ernie over the past five years.