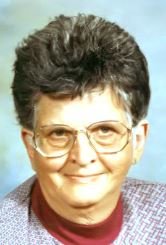 Obituary of Phyllis A. Zack

Phyllis A. Zack completed her earthly journey and quietly went to be with her Lord on Friday, December 21, 2018 at Walnut Creek Healthcare.

Phyllis was born in Erie on May 31, 1929 the daughter of the late Jane Diehl Baldwin.  She was employed at Hamot Hospital and retired after several years in the housekeeping department.

Many of her family and friends would recall seeing her ride her bike all over the city of Erie.

Phyllis was able to travel to Hawaii, Ireland, England, Alaska and many other locations during her life.  She was on a bowling team for many years.

She met the love of her life George Zack and they married in July 1962.  She said that George was the best thing that had ever happened to her. He changed her life and with his help she became a Catholic and was baptized in 1965 and became a member of St. Patrick’s Church.

Phyllis became a participant in the Catholic Cursillo’s of the Diocese of Erie and made 45, 58, 154, and 215. The friends she made there helped her to be a better person and her special best friends were Jan and Jay (their children: Jenna, Jodie, Julianna), Debbie and Steve, Tom, and Dave and Tina.

Her Thursday luncheon buddies at Scully’s she considered to be special friends and were always happy to see her. When she retired and moved to the Richford Arms Apts. She could be seen walking around with her “Cadillac of walkers” greeting many people around the park.

She was preceded in death by her husband George, her mother, a brother Donald, a step-father Fred, and a step-daughter Marge.

She is survived by her step-daughter Evelyn, nieces, nephews, all her Cursillo and Richford friends, her very special friend Cathy Shenk, the Shenk family, and her special “adopted grandson” Cole Shenk.

The family would like to thank all the nurses at Walnut Creek, the Hamot ICU East, and AseraCare Hospice.