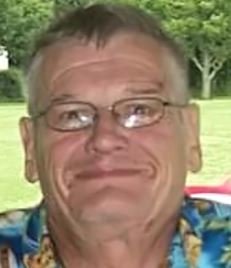 John C. Farren, age 64 of Erie, passed away unexpectedly following a brief illness on Friday, February 15, 2019 at Millcreek Community Hospital.  He was born in Emporium, PA on July 3, 1954, a son of the late John M. and Bebe J. (Pollock) Haines.  In addition to his parents, he was preceded in death by one brother, Robert Farren and one nephew, Adam Farren.

John graduated from Penn State Behrend with a Bachelor’s of General Arts and Sciences.  He was the co-owner of Allied Paving.  John volunteered at the Erie Art Museum for ten years, and advocated for the mentally ill as a client representative on the Stairways Ethics Committee.  He was also very active in his church, St. Mary’s Episcopal Church, where he volunteered for the community meal program.  John enjoyed writing, listening to rock & roll music, and watching sports. He dedicated his life to his family and valued spending time with them most of all.

Friends are welcome to attend a memorial service at St. Mary’s Episcopal Church, 662 Silliman Avenue, on Wednesday from 4:00 PM until the time of the service at 7:00 PM followed by snacks and refreshments.  Flowers and/or donations can also be sent to St. Mary’s Episcopal Church at the above address. Arrangements were handled by the Dusckas-Martin Funeral Home and Crematory, Inc., 4216 Sterrettania Rd.