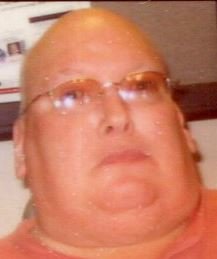 Edward Lewis Schomer, Jr., age 67, of Erie, passed away at home surrounded by his family on Saturday, February 23, 2019 after an extended illness as the result of complications from diabetes.  He was born on August 11, 1951 in Connellsville, PA and had resided in Erie since 1991.  He was the son of the late Edward Schomer, Sr. and Gail Peffer Schomer.

He is survived by his devoted wife Jo Ann Long Schomer, whom he married on September 2, 1972 and his son Edward Schomer III. Also surviving are one brother Mark Schomer (Judy) of Connellsville, two sisters: Cheryl Meyers (James) of Connellsville, and Lorie Herman (Mike) of Julian, NC.

Mr. Schomer retired from Thrivent Financial (formerly Aid Association for Lutherans).  He was a member of Lamb of God Lutheran Church. He was a decorated veteran of the Vietnam War serving in Danang, and was a life member of VVA, American Legion, VFW, and Am Vets.  As a young man, he attained the rank of Eagle Scout.  He was an accomplished musician and played in a garage band in his youth.

During his long illness, his wife JoAnn took on the responsibility for his caregiving.  The family would like to the Great Lakes Hospice and would like to recognize the Home Health Team Courage of the Erie Veteran’s Medical Center for their exceptional care. Arrangements were handled by the Dusckas-Martin Funeral Home and Crematory, Inc., 4216 Sterrettania Rd.