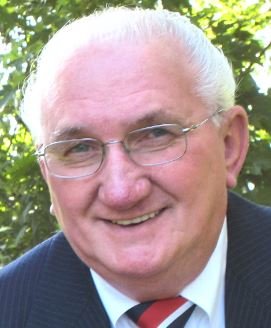 Robert T. Wisniewski age 85 of Millcreek Twp., passed away following a brief illness on Friday March 15, 2019 at St. Vincent Hospital.  He was born in Erie, PA on May 21, 1933 a son of the late Stanley and Josephine Holeva Wisniewski.  In addition to his parents, he was preceded in death by two daughters, Darlene Wisniewski Mussina and Mary Wisniewski in infancy.

Bob proudly served his country in the United States Army during the Korean War and was awarded the Purple Heart.  He retired from the United States Postal Service and had previously worked in the maintenance department with the Millcreek School District.  Bob was a longtime member of St. Jude Roman Catholic Church.

Friends may call at the Dusckas-Martin Funeral Home & Crematory Inc. 4216 Sterrettania Rd., on Thursday from 2 to 4 PM and 6 to 8 PM and are invited to a Blessing Service there on Friday morning at 11:00 AM.  Entombment will follow in Gate of Heaven Cemetery.

Memorial contributions may be made in Bob’s name to the charity of one’s choice.