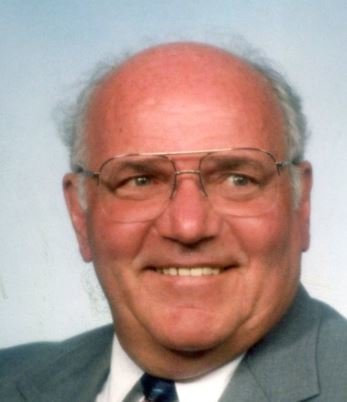 Frederick J. Deutsch, age 92, of Erie, passed away peacefully at the Sarah Reed Senior Living on Thursday, July 11, 2019.  He was born on November 24, 1926, the son of the late Ferdinand and Helen Simmons Deutsch.  He was a life-long Erie resident and graduated from East H. S. and attended Purdue University for a teaching degree for Plumbers and Steamfitters Apprenticeship School.

He was an Army Veteran of WWII and served in the US and the Philippines.

He retired in 1988 from the Wm. T. Spaeder Co. after 42 years in the plumbing and heating trades.

Since retiring, he enjoyed woodworking projects and he loved traveling to Bradenton, FL for the winters and to Texas to see family.

He was active in the Weis Library United Methodist Church where he was past President of the EUM Men.  He loved music and was a member of the Sanctuary Choir and he directed several musical groups including: Kings Kids, JoyfulNoise, Agape Singers, and A Touch of Love.  These groups traveled through out the area spreading God’s love.

Besides his parents, he was preceded in death by two sisters; Elizabeth “Betty” Deutsch Gowen, Ruth Deutsch Gray, and one brother Jack Deutsch.

In lieu of flowers, memorial contributions may be made to the Sarah Reed Senior Living or to the Erie City Mission, 1017 French Street, Erie, PA 16501.