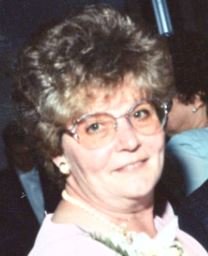 Hope Annette DeMichele age 79 of Millcreek Twp., passed away on Monday July 22, 2019 at UPMC-Hamot Hospital following a brief illness.  She was born in Erie on December 4, 1939 a daughter of the late Brady Buzzard and Bernice (Squire) Buzzard Kerlin.  In addition to her parents she was preceded in death by one son, Samuel Brady DeMichele and two sisters, Coyla Buzzard and Elzada Buzzard Behrendt.

Hope was a lifelong resident of Millcreek Twp.  She was a devoted homemaker and a loving and involved grandparent.  She volunteered at the Erie Playhouse and the Erie Hunt & Saddle Club.  Hope enjoyed bowling, travel, cooking and baking.

Friends may call at the Dusckas-Martin Funeral Home & Crematory Inc. 4216 Sterrettania Rd. on Thursday from 3 to 5 and 7 to 9 PM and are invited to a funeral service there on Friday morning at 10:00 AM.  Interment will follow in Laurel Hill Cemetery.

Memorial contributions may be made to the Rheumatoid Arthritis Foundation 1355 Peachtree St. NE Suite 600 Atlanta, GA 30309.