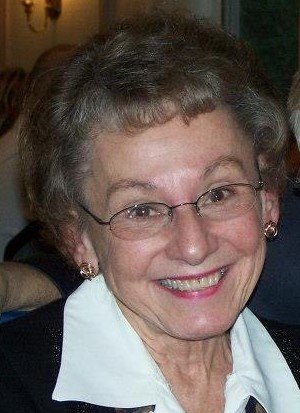 Carole Ann Rutt Preston, age 78, of McKean passed away unexpectedly on Monday, September 16, 2019 at UPMC- Hamot with her daughter at her side.

She was born on May 30, 1941 in Oil City, Pa, the daughter of the late Edward Rutt and Carolyn Lindsey Rutt. In addition to her parents, she was preceded by her husband of over 50 years, Jack C. Preston and step- father Lewis Finotti.

Carole graduated from St Joseph Catholic High School in Oil City and Villa Maria College in Erie with a Bachelor of Arts degree in Elementary Education. She taught at Grover Cleveland School and later was a substitute teacher in the General McLane School District. She left teaching to become the Office Manager for her husband at their insurance agency until their retirement in 2006.

Carole was a member of St. Francis Xavier Parish in McKean where she served as a Eucharistic Minister. At their Florida home, she and Jack were active with the St Vincent DePaul Society. In addition to reading, she was an avid walker who could often be found at the McKean Rec Park trail or the Millcreek Mall.

She is survived by a daughter Lori Pfadt (Jim) of Waterford, Pa. and two sons, Jack Preston of Alaska and Keith Preston (Suzanne) of Waterford, Pa. In addition, eight grandchildren and three great-grandchildren. Also, sisters- in- law Jill Pulliam (Robert), Jane Grabowski of Erie and many families in the Oil City area.

The family wishes to thank the staff, nurses and doctors of UPMC- Hamot for the care Carole received during her brief stay.

In lieu of flowers, memorial contributions may be made to the Alzheimer’s Association of Erie, 1600 Peninsula Drive, Suite 15. Erie, PA 16505.