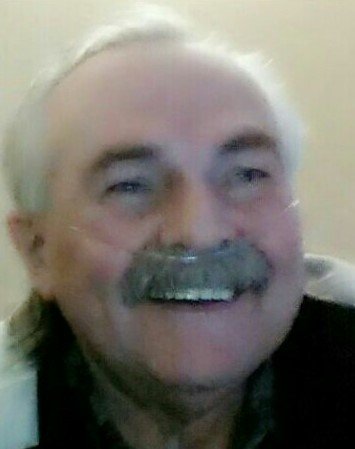 Ronnie J. Patten age 64 of Girard, PA, passed away at his home on Sunday January 19, 2020. He was born in Wasco, Oregon on February 21, 1955 a son of the late Leo H. and Velma L. (Dechand) Patten. In addition to his parents he was preceded in death by three brothers, Harold Patten at 56, Lester Patten at 68 and Marvin Patten at 64, all residing in Washington. He worked for Boeing in Washington, before moving to Erie 33 years ago. Most Recently he was the owner of RJ’s Auto and worked as a Karaoke DJ and Entertainer. Ronnie enjoyed working on cars, mainly classic, was a huge Elvis Fan, loved music and his vinyl records. He is survived by his wife, Jean I. (Dougher) Patten, two children, Shawn and April both of Washington; two stepsons, Todd Heath of McKean and Charles (CJ) Joyce; stepdaughter, Tina (Matt) Musgrave of Jefferson, OH and one sister Linda of Washington. He is further survived by his grandchildren, Devon, Jared and Victoria Heath, Mathew, Sawyer and Alana Musgrave and Dominic and Luna Joyce. Ronnie’s wishes were to be cremated and a celebration of his life will be held in June of 2020. Arrangements are under the care of the Dusckas-Martin Funeral Home & Crematory Inc. 4216 Sterrettania Rd. Erie, PA 16506. Memorial contributions may be made to the ANNA Shelter 1555 East 10th St. Erie, PA 16503.
To plant a tree in memory of Ronnie Patten, please visit Tribute Store
Services for Ronnie Patten
There are no events scheduled. You can still show your support by planting a tree in memory of Ronnie Patten.
Visit the Tribute Store
Plant a Tree
Print
Share A Memory
Plant a Tree