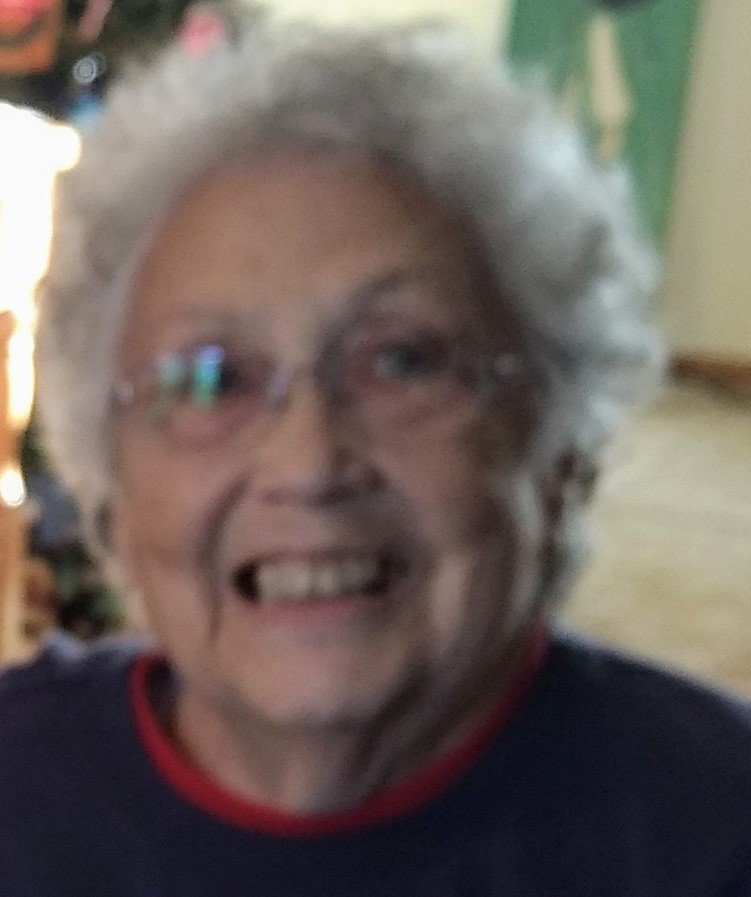 Nancy L. Smith Johnson Nancy L. Smith Johnson, age 82, of McKean Twp., passed away on Tuesday, February 18, 2020 at UPMC-Hamot, after an extended illness. She was born on February 16, 1938, the daughter of the late John Henry and Gladys Otteni Smith. She was employed at the First National Bank of Edinboro, Marine Bank, and PNC Bank over her 34 years of employment. She was a member of Trinity Lutheran Church in McKean, and enjoyed camping, traveling around the US where she visited 44 out of the 48 original states, crafts, crossword puzzles, scrapbooks, and especially her children and grandchildren. She is survived by her beloved husband Jared W. Johnson, Jr., her children: Richard Johnson (Michelle) of Edinboro, Dennis Johnson (Gwyn) of McKean, James Johnson (Terri) of Corpus Christi, TX, one brother Richard Smith (Katherine), her grandchildren: Keri Youse, Tara Gaylor, Jim, Tonya, Kristin, Brad, and Bryan Johnson. Private services will be announced at a later date by the Dusckas-Martin Funeral Home and Crematory, Inc., 4216 Sterrettania Rd. Private interment. The entire Johnson family would like to extend their sincere thanks to the staff at Fairview Manor and UPMC-Hamot for the excellent care given to Nancy.
To plant a tree in memory of Nancy Johnson, please visit Tribute Store
Services for Nancy Johnson
There are no events scheduled. You can still show your support by planting a tree in memory of Nancy Johnson.
Visit the Tribute Store
Plant a Tree
Print
Share A Memory
Plant a Tree