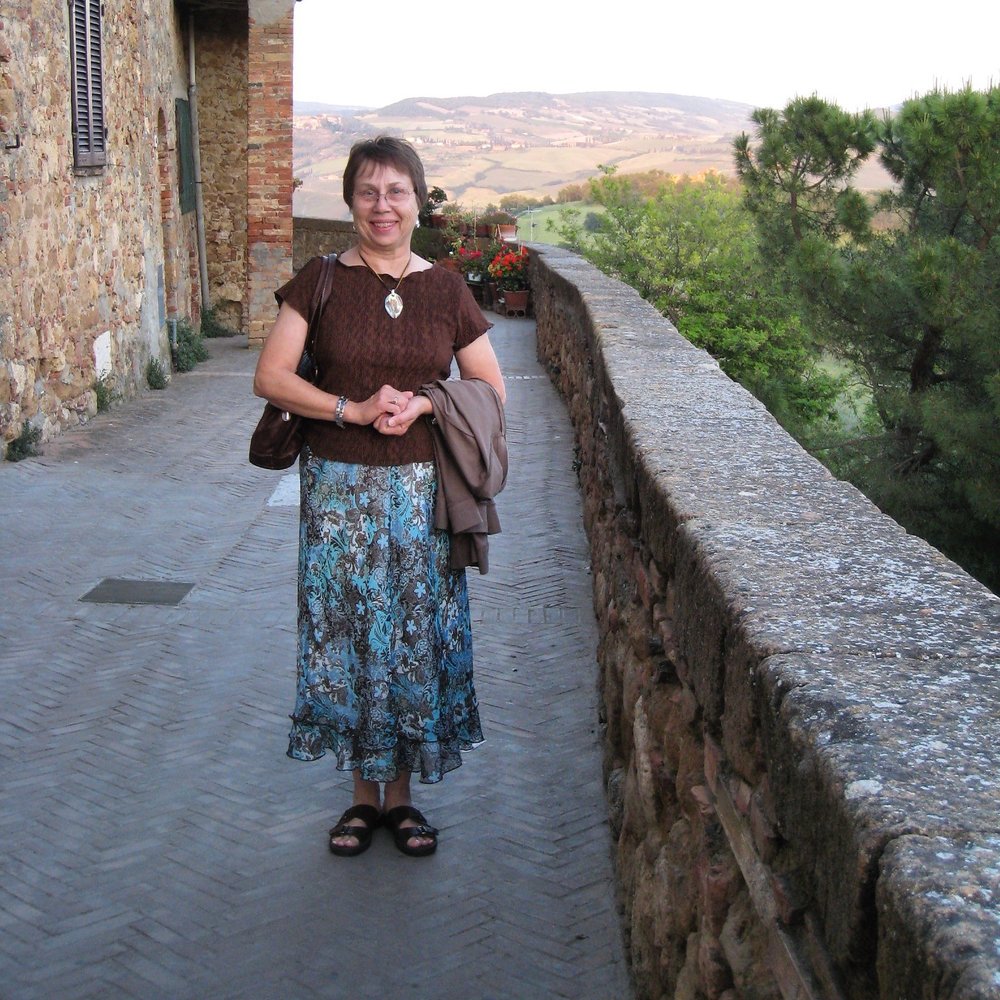 Carole Felege Anderson, 78, of Girard, Pennsylvania, has gone home to be with her Heavenly Father after her courageous battle with cancer. Carole was at home surrounded by the love of her family including her “special” dog Elle, until the end. Carole was born October 31, 1941, to Joseph and Anne Felege. Living with her “Baba” and her parents on a farm south of Girard during WWII is where her country roots were nurtured, flourished and planted. She attended Erie schools and grew up in a new home built by her father in Erie. She was artistically talented, playing many instruments as well as being a gifted painter. She graduated from Strong Vincent High School in 1959 and received a bachelor's degree in Elementary Education from Edinboro State College. Her future husband, Jim, was a student at the same time but the two only met by chance the summer after graduation, when introduced by a mutual friend, Bob Schenker, who became best man in their wedding. Jim recalls that he flipped a coin 100 times to decide on asking Carole or another girl for a date. Carole lost by just one flip of the coin. But fate intervened and thus began a nearly 55 year journey down life’s path together. They were wed on June 12th, 1965, and Jim always said he married Carole and her St. Bernard dog, Snuggles. From childhood, Carole developed a lasting love of big dogs and horses. Carole's love of St. Bernard dogs led her to becoming a founding member of the Presque Isle St. Bernard Club. She raised, trained and competed with them for many years. She was also a member of the Erie Hunt and Saddle Club. Above all her jobs, hobbies, and animals, came her beloved children, Beth, Matt and Eric as well as grandchildren Micah and Madison, who were the shining light of her soul. She was a librarian for Penncrest School District for a number of years. Later, she was blessed to enjoy and retain the companionship of many friends, especially her very dear friend Linda Tewell, all of whom she met in the years she worked at Spectrum before her retirement. She and Jim also spent over 40 years buying, caring for and managing rental properties. The Andersons spent their retirement wintering at their home in Florida as well as time each July with their children and grandchildren in the Smoky Mountains of Tennessee. They especially loved traveling. They traveled extensively throughout the U.S., visiting 48 states including Hawaii, and, Europe (especially several trips to Italy including Venice and Lake Como with her daughter Beth who will treasure these memories forever) and even some cruises including the Panama Canal, sometimes with their family and sometimes just the two of them. Carole was known by her unassuming manner, her sincerity in her words, the ease in her laughter, and was totally committed to the well-being of her family & friends. Carole was preceded in death by her parents and a dear cousin, Susan Morris, who was like a sister to her. She is survived by her husband Jim, her three children, Beth, Matt, and Eric and her two grandchildren, Micah and Madison Anderson who deeply loved “Gramma Anderson”, as well as brothers in law and sisters in law, numerous cousins, nephews and nieces. A private family viewing was held at the Dusckas-Martin Funeral Home. A celebration of life service will be held at Sterrettania Church on a later date. Memorials may be made to the American Cancer Society.
To plant a tree in memory of Carole Anderson, please visit Tribute Store
Services for Carole Anderson
There are no events scheduled. You can still show your support by planting a tree in memory of Carole Anderson.
Visit the Tribute Store
Print
Share A Memory
Plant a Tree