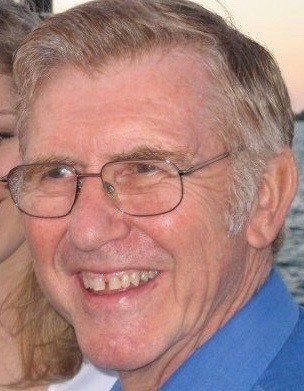 Henry DeWayne Rowan HENRY DEWAYNE ROWAN, age 82, formerly of Spartansburg, PA, passed away on Sunday, April 19, 2020, in Lawrenceville, GA, of complications from COVID-19. Born December 18, 1937, in Shippenville, PA, Henry was the youngest child of the late Albert J. and Clara B. Wagner Rowan. He was raised on the family’s dairy farm, where he tended cows by the creek, and spent his free time listening to the radio, reading comic books, and teasing his grandmother Mary. Henry graduated from Keystone High School in Knox, PA, in 1955, and soon met and married his beloved wife Kathleen “Kitty” Boocks originally of Fertigs, PA in 1957. They moved to Erie, PA, where he helped build locomotives for 37 years at General Electric. They were happily married for 56 years, until Kitty’s passing in 2013. They had four children together: infant daughter Michele, Thomas, Jill, and Cathy. In 2015, he found love again and married Janet Obert Penoyer. They resided in Spartansburg, PA where he enjoyed small-town living and where he loved his wife, his church and his many dear friends. Henry was a country boy at heart, and loved music, especially bluegrass, country, and gospel music--any music with a fiddle. He had a lively sense of humor and fun that endeared him to many, and a love of playing with words that lives on in his children. He was gentle, sweet, and generous. Many looked to him as a second father. Above all, he loved the Lord, and followed Him steadily his whole life long. He attended First Baptist Church of Spartansburg. He is remembered with love by his wife Janet of Spartansburg, sister Dorothy (Rowan) Brickey of Shippenville; his children: Thomas Rowan (Pamela) of Lilburn, GA; Jill Sauder (Dean) of Gaithersburg, MD; and Cathy Rowan Pierce of Fairview. He also leaves behind 8 grandchildren: Andy Rowan, Stephanie (Rowan) Bennewitz, Austin Rowan, Michael Murray, Brianna (Boocks) Shook, Denita Pierce, Daniel Sauder and Victoria Sauder; and 9 great-grandchildren. He was preceded in death by his parents Albert and Clara; first wife Kathleen (Boocks) Rowan; infant daughter Michele Rowan; his 2 brothers Bill and Norman Rowan; and his sister Mary (Rowan) Lindquist. In lieu of flowers, memorial donations can be made to First Baptist Church, 115 Main Street, Spartansburg, PA 16434. In light of COVID-19 considerations funeral arrangements are pending, and will be provided at a future date by Dusckas-Martin Funeral Home and Crematory, Inc. 4216 Sterrettania Rd., Erie, PA.
To plant a tree in memory of Henry Rowan, please visit Tribute Store
Services for Henry Rowan
There are no events scheduled. You can still show your support by planting a tree in memory of Henry Rowan.
Visit the Tribute Store
Plant a Tree
Print
Share A Memory
Plant a Tree