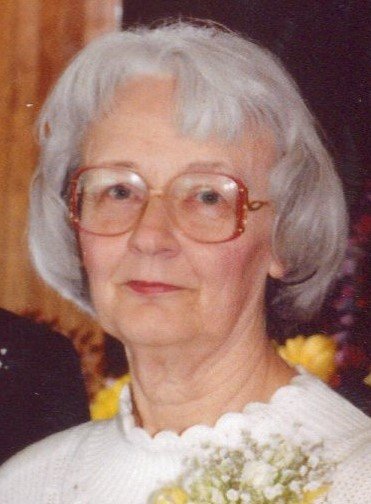 Millicent “Millie” L. Larsen, 95, of Millcreek, passed away on Monday April 20, 2020 at her home, following a brief illness. She was born in Erie on May 7, 1924 a daughter of the late Godfrey and Alice (Pundt) Spiringer. In addition to her parents she was preceded in death by her husband, Gordon O. Larsen in 2015; two sons, Gordon E. Larsen in 1997 and Chris J. Larsen in infancy. Millie graduated from Strong Vincent High School in 1942 and attended Erie Business College. She worked as a secretary at Union Iron Works, where she met her husband Gordon whom she married on September 19, 1943. Gordon was called to serve in WW II and Millie was a true “Rosie the Riveter” as she worked as a plane riveter during that time. She enjoyed cooking, baking, nature, especially wild big cats, traveling and camping with her family and listening to Frank Sinatra. Millie is survived by three children, Keith (Diane) Larsen of Millcreek, Gayle (Robert) Neely of Edinboro and Eric Larsen of Millcreek; three grandchildren, Bonnie (Ted) Lawrence of Pittsburgh, their two children, Alice and Oliver, Emily (George) Arrington, her two children, Destyni Arrington and Atreyu Steadman and Jarod Larsen; two nephews, their families and some distant cousins. Private graveside services were held in Laurel Hill Cemetery. Arrangements are under the care of the Dusckas-Martin Funeral Home & Crematory Inc. 4216 Sterrettania Rd. Erie, PA 16506.
To plant a tree in memory of Millie Larsen, please visit Tribute Store
Services for Millie Larsen
There are no events scheduled. You can still show your support by planting a tree in memory of Millie Larsen.
Visit the Tribute Store
Plant a Tree
Print
Share A Memory
Plant a Tree