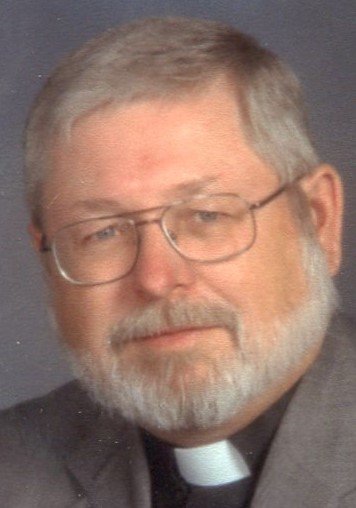 Rev. Richard Karl Schultz Erie Area Lutheran Pastor The Reverend Richard Karl Schultz joined our Lord and Savior Jesus Christ on Saturday, May 9, 2020. Pastor Schultz was born the son of Enoch and Phyllis Schultz on March 12, 1941, in Jackson, Michigan. Richard (Dick) was raised in a Lutheran household in which he developed an ever-loving faith and was called by God to serve as a Minister for more than 50 years. He is survived by his college sweetheart and wife of 54 years Lois (Burkett) Schultz, and his children; daughter, Kristianne (Schultz) Zaleski and her husband Mark, and daughter, Karlyn Schultz. He is also survived by a grandson Mitchell DePaul and three great-grandchildren; Anthony, Sabashton and Giovanna. Also surviving; his sister Marilyn J. Schultz, sister in-law Penelope Koepp, nephew Marc E. Schultz, all of Cuyahoga Falls, Ohio, his brother, Jack Schultz of Indiana, and by sisters in-law and their spouses Leola and Edward Wiest of Hershey PA, Kathleen and Andrew Waligora of Johnstown, PA, and their children and grandchildren. Pastor Schultz was a graduate of Thiel College in Greenville, Pennsylvania, and Lutheran Theological Seminary in Chicago, Illinois. He later continued his studies in the doctorate program at the San Francisco Theological Seminary. Throughout his career, he led the parishes he served faithfully for over 50 years in ministry and was a guiding clergy member within the ELCA of Pennsylvania. His career in the ministry began at Mount Hope Lutheran Church in Marshall, Michigan in 1967. In 1973 he followed another call and moved his family to a small mission-driven church outside of Detroit, Michigan. This church, called Holy Cross, was a congregation that opened the first pre-school in the area to mainstream special needs children in a program that also included children without disabilities. He came to Erie, PA in 1980 and was a leading presence in the religious community for many years. He has served at Bethany Lutheran, First Edinboro, and at St. Paul’s Lutheran Church, where he originally retired. Upon retirement, he took upon another call and decided to continue his ministry at St. Stephen’s Lutheran Church from which he finally retired in 2015. He was a loving husband, father, and grandfather. His dedication to the congregations he served was un-ending. His devotion to God and the support he gave to the people he ministered to were his personal mission. He touched many lives and will always remembered for the care he has provided for so many. He will be mourned, loved, and missed by many but most especially his family and friends. Friends may attend a Memorial Service on Saturday, October 24, 2020 at 11: a.m. at Luther Memorial Church, 225 West 10th Street, Erie, PA 16501. Arrangements by the Dusckas-Martin Funeral Home and Crematory, Inc., 4216 Sterrettania Rd. In lieu of flowers memorial donations can be made to St Paul’s Lutheran Church of Erie, 3108 Sterrettania Rd., Erie, PA 16506 or to Luther Memorial Church of Erie, Cure Alzheimer’s Fund and MS Research.
To plant a tree in memory of Rev. Richard Schultz, please visit Tribute Store
Services for Rev. Richard Schultz
There are no events scheduled. You can still show your support by planting a tree in memory of Rev. Richard Schultz.
Visit the Tribute Store
Plant a Tree
Print
Share A Memory
Plant a Tree