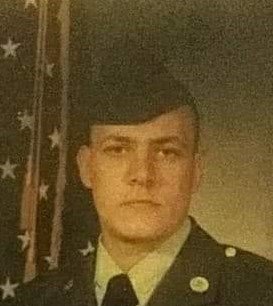 Michael Jerome Lingaton, age 53, of Bradford, passed away unexpectedly on Thursday May 21, 2020 at UPMC-Hamot Hospital in Erie. He was born in Bradford on May 11, 1967 a son of Joyce (Stiles) Lingaton and the late Ted Lingaton. In addition to his father he was preceded in death by his wife Sherri (Jamison) Lingaton in November. Michael proudly served his country in the United States Army as part of the 82nd Airborne Division. He was employed at Dresser-Rand and had previously worked at the Allegheny-Bradford Corp. He enjoyed golfing, playing cards and was an avid Buffalo Bills Fan. Most of all he enjoyed his family and especially spending time with his grandchildren. In addition to his mother he is survived by two sons, Shawn (Susie) Lingaton of Bradford and Jeffrey Lingaton of Bradford; two grandchildren, Logan and Lily; one sister, Staci Johnson and nieces and nephew; Natasha, Ashley and Dylan. In accordance with the CDC Covid-19 Guidelines, a Celebration of Life will take place in the future. Arrangements are under the care of the Dusckas-Martin Funeral Home & Crematory Inc. 4216 Sterrettania Rd. Erie, PA 16506. Memorial may be made to the family, c/o 1241 South Kendall Ave. Bradford, PA 16701.
To plant a tree in memory of Michael Lingaton, please visit Tribute Store
Services for Michael Lingaton
There are no events scheduled. You can still show your support by planting a tree in memory of Michael Lingaton.
Visit the Tribute Store
Plant a Tree
Print
Share A Memory
Plant a Tree