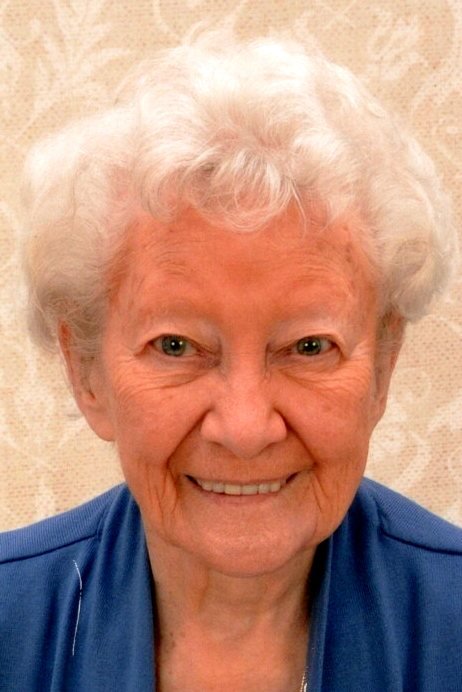 Hilda H. Heinzl Vogel Bradel Hilda H. “Hildy” Heinzl Vogel Bradel, age 96, passed peacefully into the arms of her Lord and Savior on Sunday, July 12, 2020. She was born in Pittsburgh, PA on June 21, 1924, the daughter of the late George and Barbara Bencenstadler Heinzl. She had been employed at Pittsburgh Mercantile. She was currently living in Fairview, PA with her daughter Patricia Vogel Hayes. Hildy loved to play the accordion and once played professionally at the Syria Mosque and other various Pittsburgh clubs and at her grandson’s wedding in AZ. She also loved to read, play cards, crochet, and be with her family and friends; with many saying she was an accomplished comedian. She was a member of Our Lady of Fatima Church in Pittsburgh since 1972. She and her husband George were among the pioneers in the humble beginnings of the traditional Latin Mass in Pittsburgh under the direction of Father John Keane. Hildy was devoted to her Lord and his Blessed Mother Mary and she prayed the Rosary daily. She was preceded in death by her first husband Staff Sergeant Bernard A. Vogel, who was a prisoner of war during WWII in Germany, her second husband George E. Bradel, five brothers: George, John, Peter, Frank, and Carl, and a son-in-law Patrick M. Hayes. Hildy is survived by her children: Patricia B. Hayes, of Fairview, George L. Bradel (Marsha) of Pittsburgh, six grandchildren: Alison, Damian, Lena, Laura, Celine, and Evan, and several great-grandchildren. Friends may call at the Dusckas-Martin Funeral Home and Crematory, Inc., 4216 Sterrettania Rd. on Friday, July 17, 2020 from 4 p.m. until 7 p.m. and are invited there on Saturday, July 18, 2020 at 11:00 a.m. for a Requiem Mass celebrated by the Rev. Isaac Delmarowski. Interment at Birmingham Cemetery in Pittsburgh, PA. The family would like to express their heartfelt thanks to the entire staff at Pleasant Ridge Manor for their excellent care for Hildy during her short stay. In lieu of flowers, memorial contributions may be made to the Carmelite Monastery, 510 East Gore Road, Erie, PA 16509.
To plant a tree in memory of Hilda Bradel, please visit Tribute Store
Services for Hilda Bradel
There are no events scheduled. You can still show your support by planting a tree in memory of Hilda Bradel.
Visit the Tribute Store
Plant a Tree
Print
Share A Memory
Plant a Tree