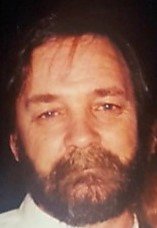 Anthony Louis “Tony” Azevedo, age 70, of McKean, went to be with his Lord and Savior on Thursday July 16, 2020 at his home. He was born in Ft. Knox, KY on February 8, 1950 a son of the late, Antonio Azevedo Jr. and Mila June Hall. In addition to his parents he was preceded in death by his foster parents, Elmwood and Elaine Grubbs and his son, Phillip Azevedo. Tony proudly served his country in the United State Army as a medic and later became a nurse in both Texas and Pennsylvania. He lived in the Erie area for over 50 years supporting his community in many ways. He was a longtime member of Millcreek Community Church. Tony enjoyed canning, remote control cars, horses, gardening, computers and was always taking things apart and putting them back together. He is survived by his wife, Patricia A. (Hansen) Azevedo; one daughter, Venus M. Laboda and her husband Jeffery and two grandchildren, Matthew Koenig and Dominic Anthony Azevedo. Funeral services are private and being held at the convenience of the family. Arrangements are under the care of the Dusckas-Martin Funeral Home & Crematory Inc. 4216 Sterrettania Rd. Erie, PA 16506. Memorial contributions may be made to, Millcreek Community Church 4444 Sterrettania Rd. Erie, PA 16506.
To plant a tree in memory of Anthony Azevedo, please visit Tribute Store
Services for Anthony Azevedo
There are no events scheduled. You can still show your support by planting a tree in memory of Anthony Azevedo.
Visit the Tribute Store
Plant a Tree
Print
Share A Memory
Plant a Tree