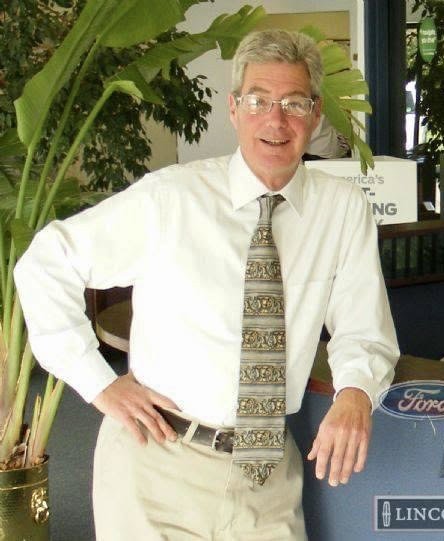 Patrick Michael McCafferty Patrick Michael McCafferty, of Erie, PA, (Millcreek Twp.) passed away at the age of 64 in Parma, OH, on Sunday, September 13, 2020 due to cancer related illnesses. He was born on August 15, 1956 in Erie, PA. to Joseph and Margaret McCafferty. He lived in the Erie community for the majority of his life. He served 8 years in the United States Air Force and worked at Bob Ferrando Ford World for 35+ years; where he met some amazing & interesting friends. He enjoyed spending time with his friends and family and watching Westerns with his kids (he especially enjoyed Clint Eastwood). He loved the Cleveland Indians baseball games and above all else; Notre Dame Fighting Irish Football. He is survived by his children: Christine Hayek (Zach Hayek), Michael McCafferty (Nicole McCafferty), Thomas McCafferty (Angela Zielinski-McCafferty), Joseph McCafferty, and Carly McCafferty. He is also survived by two sisters Kathleen Pianta and Susan Euliano (Douglas Euliano). He was Papa Pat to Lucas, Hunter, Marley, Annabelle, Wyatt, Quinn, Aidan, Ari, Azlee, Tozi, Tula, and Owen. He was preceded in death by his father Joseph McCafferty, his mother Margaret McCafferty his brother Michael McCafferty, and an infant brother, Joseph McCafferty. Friends may call at the Dusckas-Martin Funeral Home and Crematory, Inc., 4216 Sterrettania Rd. on Saturday, September 19, 2020 from 4 p.m. until time of sharing at 8 p.m. Private interment. Pat Mac is a legend and will be remembered by all with a smile and a GO IRISH!
To plant a tree in memory of Patrick McCafferty, please visit Tribute Store
Services for Patrick McCafferty
There are no events scheduled. You can still show your support by planting a tree in memory of Patrick McCafferty.
Visit the Tribute Store
Plant a Tree
Print
Share A Memory
Plant a Tree