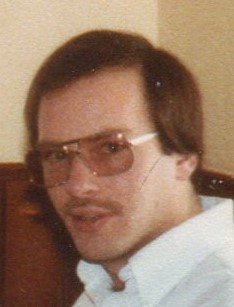 John Swanson, 63 of Millcreek and formerly of Sharonville, OH and Gordonsville, VA, passed away on November 23, 2020 at St. Vincent Hospital. He was born in Erie, PA, son of the late Edwin W. and Pauline A. Swanson. Jon graduated from McDowell High School, Class of ‘75, and then from Penn State University with a B.S. in Mechanical Engineering. He began his distinguished career at Proctor-Silex in Richmond, VA followed by his life-long career at Johnson & Johnson Ethicon Endo Surgery where he engineered the manufacturing of surgical equipment. John battled Non-Hodgkin’s Lymphoma for 25 years with nonchalant perseverance. He was a friend to many but none as loyal or loved as his friends from his youth working at Brown Brothers Grocery Store. John was generous to a wide variety of charities and individuals in need throughout his life and he did this humbly and quietly. He was a significant animal rescuer and was surrounded by animals his whole life. He had a huge deliberate but gentle presence about him and always defended those less fortunate. He loved nothing more than sitting around a table with family and friends but he also loved sports, NASCAR, reading, music, sitting on his back deck, his sister’s cooking and the out of doors. John is survived by three sisters, P. Susan Gadley of Girard, PA, Shirley (Bruce, more than a brother than brother-in-law) Adams and Sandy Swanson all of Millcreek. He additionally is survived by nieces, Carrie Chludzinski of Millcreek and Kristy (John) Snyder of Fairview, PA and nephew, Eric (Janet) Gadley of Girard. He is further survived by great-nieces and great-nephew, Coraline, Camilla, Ainsley and Camden. He loved both generations of “kids” and enjoyed spending time with them. He was known to play a wicked game of Old Maid. John is also survived by his dog Sweetie and several rescue cats. He will be sorely missed by his family and friends. Gratitude to the countless medical professionals that helped John through the years, with special acknowledgement to the doctors, nurses and staff of St. Vincent Hospital 3rd floor I.C.U. and Dr. Noyce of Cincinnati’s Jewish Hospital. Arrangements are private and under the care of the Dusckas-Martin Funeral Home & Crematory Inc. 4216 Sterrettania Rd. Erie, PA 16506. Private interment will be at Laurel Hill Cemetery at the convenience of the family. Memorial contributions may be made to, Erie Animal Network 1158 W. 26th St. Erie, PA 16508 or the Second Harvest Food Bank of Northwest PA 1507 Grimm Dr. Erie, PA 16501.
To plant a tree in memory of John Swanson, please visit Tribute Store
Services for John Swanson
There are no events scheduled. You can still show your support by planting a tree in memory of John Swanson.
Visit the Tribute Store
Plant a Tree
Print
Share A Memory
Plant a Tree