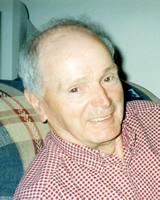 Maurice H. Fernandes Maurice &quot;Junior&quot; H. Fernandes, age 78, of Erie, died Wednesday, May 9, 2007 at Fairview Manor. He was born in Erie on August 11, 1928, the son of the late Maurice A. and Mary Magill Fernandes, Sr. He was employed for 32 years with the City of Erie until his retirement in 1991. He was a member of Elmwood Presbyterian Church and enjoyed the outdoors and working outside. He was well known for his prowess as a softball shortstop for championship teams in the 50's and 60's. He was proud of a home run he hit off a famous pitcher, Eddie Feigner, when his pitching speed was 104 mph. Junior was also a prize-winning bowler. He is survived by his wife of 57 years, Shirley Torok Fernandes, one daughter, Linda K. Fernandes, of Millcreek, two sons, Rick A. (Erie) and David M. Fernandes (Millcreek), two sisters, Marge Zimmerman and Carol Huey, both of Erie, two brothers, James Fernandes (Linda) of OK, and Robert Fernandes (companion, Jean) of FL. Three grandchildren also survive him: Brian, Joey, and Sara Fernandes, and several nieces and nephews. Friends may call at the Dusckas-Martin Funeral Home, Inc., 4216 Sterrettania Rd. on Friday (today) from 2 to 5 and 7 to 9 p.m. and further visitation at Elmwood Presbyterian Church on Saturday from 11:00 a.m. until time of service at 12:00 noon. Private interment Laurel Hill Cemetery. Memorial contributions may be made to Elmwood Presbyterian Church, 2816 Elmwood Ave., Erie, PA 16508 or to the family in care of the funeral home.
To plant a tree in memory of Maurice Fernandes, please visit Tribute Store
Services for Maurice Fernandes
There are no events scheduled. You can still show your support by planting a tree in memory of Maurice Fernandes.
Visit the Tribute Store
Plant a Tree
Print
Share A Memory
Plant a Tree