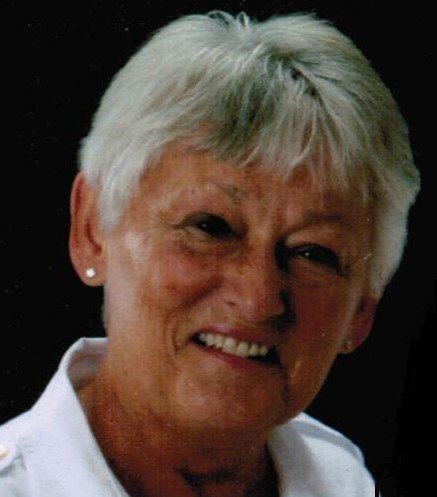 Darlene R Culbertson Case, 79, passed away peacefully on Sunday, December 27, 2020 at Fairview Manor after a long battle with dementia. Darlene was born in Oil City, PA on September 23, 1941, the daughter of the late Carl and Ruth Culbertson. She graduated from Oil City High School and worked various bookkeeping jobs over the years, at Pennzoil in Oil City, PA and Zippo in Bradford PA, before becoming a bank teller and customer service representative for Mellon Bank, N.A. While working for the bank, she fostered many friendships with her customers and co-workers. She always had a smile for them, even on the darkest days. While working for the Mellon Bank, she even tried her hand at softball. Darlene married her high school sweetheart, Robert Case in 1963. Darlene always enjoyed their trips to the beach, even if it was just to sit and read until sunset or take her dog, Cricket, for a walk. During their retirement, Darlene and Robert enjoyed traveling through the United States and Europe and spend many winters in Florida. She enjoyed ballroom dancing and also got involved in local politics, helping on campaigns including her daughter’s. Darlene enjoyed golfing and her daily trips to Taki’s to see her second family. Darlene is preceded in death by her parents, husband and son-in law Terry Craker. She is survived by her son Timothy Case, daughter Lynn Case-Craker, grandchildren Kayla and Timothy Case, sister Nancy Grinnen, sister-in-law Pauline Case and her three nephews, Charles, Scott and Jim Grinnen. The family will announce a memorial service at a later date. In lieu of flowers, a memorial can be made in Darlene’s name to Erie Humane Society, 2407 Zimmerly Rd. Erie, PA 16506, the Anna Shelter, 1555 E. 10th St. Erie, PA 16511 or a charity of one’s choice. Arrangements are under the care of the Dusckas-Martin Funeral Home & Crematory Inc. 4216 Sterrettania Rd. Erie, PA 16506.
To plant a tree in memory of Darlene Case, please visit Tribute Store
Services for Darlene Case
There are no events scheduled. You can still show your support by planting a tree in memory of Darlene Case.
Visit the Tribute Store
Print
Share A Memory
Plant a Tree