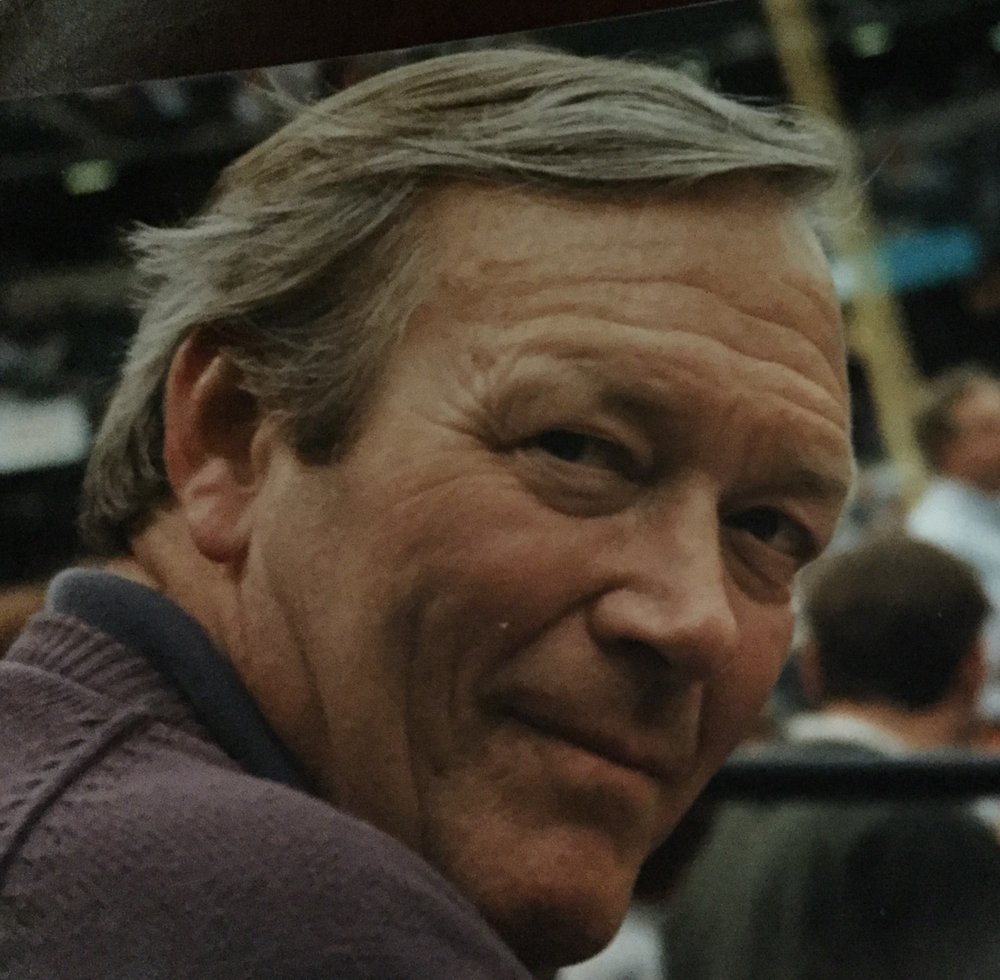 John Henry Carter, 79, of Erie, PA, died at home surrounded by his loving family on January 9, 2021, following a prolonged illness. He was born on March 14, 1941, to Arnell and Genevieve Carter in Warren, PA. He graduated from Warren Area High School in 1959, and spent the following year working and saving in order to attend Penn State University. During his high school years, John had his eye on a pretty fellow classmate, declaring to his mother “Someday, I’m going to marry that girl.” John married Barbara Jean Johnson on June 20, 1964, shortly after graduating with a business degree from PSU. They have been completely devoted to one another over their 56-year marriage. John was characterized by his commitment to setting and reaching goals he set for himself and his family. With no knowledge of home construction, he was determined to build their dream home in the country. He built a to-scale house model that was presented to the bank as a symbol of his commitment. It worked! He was able to secure a loan needed to purchase acreage in Akeley, PA in the early 1970’s. Together he and Barbara designed and built a home, with John doing the bulk of the construction after work and on weekends. There they raised their children, Matthew Craig and Britt Colleen. Their son, Scott Richard Head joined the family in his teen years. After their children were raised, they moved to Lakewood, NY and finally to Erie. John enjoyed cabinet building and woodworking. He was an avid photographer, proudly displaying photos of family and travel in hand-crafted wood frames. Throughout his life, fitness and adventure were essential to him. In his younger years, he was an accomplished tennis player and dedicated runner. He enjoyed biking, kayaking, skiing, hiking and planning ATV poker runs. He and his sons spent three weeks back-country camping, hiking and kayaking in Alaska. John and Barbara continued to explore destinations, such as Patagonia and Banff. Throughout his life, John immersed himself in history, anthropology and researching family ancestry. Contributing to his community was always important to John. While living in Akeley he served as a Pine Grove Township commissioner and chairman and was also President of Warren General Hospital’s Board of Directors. In Erie, he was active on the Presque Isle Partnership board. John had an accomplished 28-year career at Blair Corp. He became a member of the company’s board of directors at age 33. He headed the team that designed and implemented the operations in Blair’s first truly modern Distribution Center in Irvine and managed the facility for over 20 years. He and Barbara then struck out on a second career adventure by owning and operating a successful Merry Maids franchise for 26 years in Erie, PA. John is survived by his wife, Barbara, his sons, Matthew (Cindy) Carter of Narvon and Scott (Tammy) Head of Bear Lake, and daughter Britt (Ron) Roteman of Pittsburgh; his grandchildren Logan (Lauren), Louis, Spencer, Alexis and Garrett Head, Ryan (Anna), Aaron (Katelyn), Dawson and Brynn Carter, Meredith and Gabriel Roteman; his brother, Allen (Joan) Carter; his sister Peggy Pollock; his brother-in-law Rodney Betts, sister-in-law and brother-in-law Edward and Norma Mansfield and many nephews and nieces. John is predeceased by his parents, Arnell and Genevieve Carter; his sister Jane Carter Betts; his brother-in-law Nicholas Pollock, his mother and father-in-law Bill and Libby Johnson; and his nephew Christopher Neil Carter. Arrangements are under the care of the Dusckas-Martin Funeral Home & Crematory Inc. 4216 Sterrettania Rd. Erie, PA 16506. Due to COVID-19 restrictions, plans for a future service will be determined at the family’s discretion. The family would like to thank Heartland Hospice staff and especially Nurse Mary for the tremendous care and support given during this difficult time. In lieu of flowers, contributions may be made to Heartland Hospice Serving Northwest Pennsylvania 719 Indiana Dr. Erie, PA 16505.
To plant a tree in memory of John Carter, please visit Tribute Store
Services for John Carter
There are no events scheduled. You can still show your support by planting a tree in memory of John Carter.
Visit the Tribute Store
Print
Share A Memory
Plant a Tree