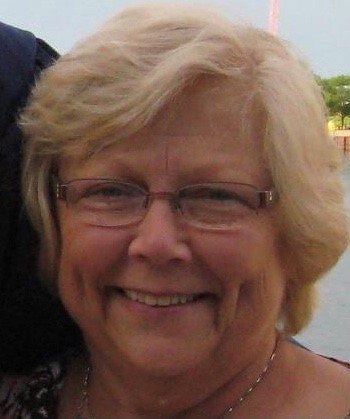 Obituary of Shirley A. Fenn

Shirley A. Smith Fenn Shirley A. Smith Fenn, age 76, of the Sarah A. Reed Retirement Center and formerly of Millcreek Twp., passed away on Monday, February 8, 2021 surrounded by her loving family. She was born in Erie on May 26, 1944, the daughter of the late Devere and Helen Yeaney Smith. Shirley worked at several plastic companies, drove a school bus for Millcreek Twp. School District for ten years, and then retired from GE. She was a member of First Alliance and Grandview Churches. She enjoyed camping, boating, and singing. She sang at many weddings including her daughter and son-in-law’s. She was preceded in death by her husband Clinton A. Fenn and one brother Larry Smith. Shirley is survived by one daughter Kimberly A. Fenn Gibbs (Ron) of both Millcreek Twp. and Casa Grande, AZ, and one sister Barbara Smith Martz (Harry) of Lawrence Park. Friends may call at the Dusckas-Martin Funeral Home and Crematory, Inc., 4216 Sterrettania Rd. on Thursday, February 11, 2021 from 4 p.m. until time of service there at 6:30 p.m. Private interment Laurel Hill Cemetery. The family extends a heartfelt “thank you” to the staff at the Sarah A. Reed Center and the UPMC Family Hospice for their loving care for our mother, Shirley. In lieu of flowers, memorial contributions may be made to the Lewy Body Dementia-Parkinson’s Foundation, 912 Killian Hill Road S.W., Lilburn, GA 30047.
To plant a beautiful memorial tree in memory of Shirley Fenn, please visit our Tree Store

A Memorial Tree was planted for Shirley
We are deeply sorry for your loss ~ the staff at Dusckas - Martin Funeral Home
Join in honoring their life - plant a memorial tree
Services for Shirley Fenn
There are no events scheduled. You can still show your support by planting a tree in memory of Shirley Fenn.
Plant a tree in memory of Shirley
Print
Share A Memory
Plant a Tree