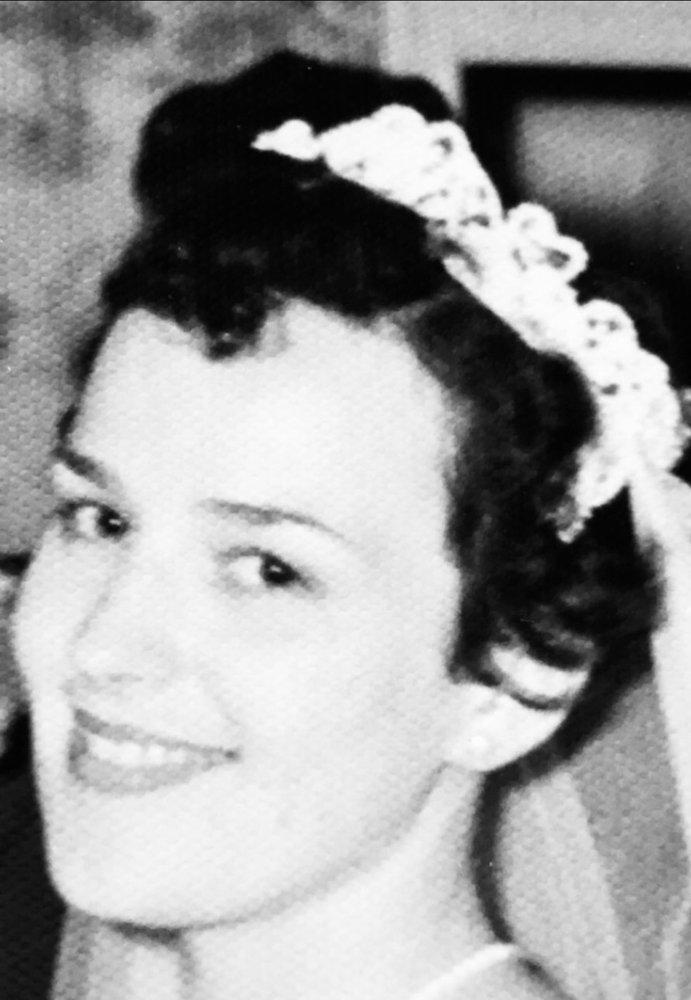 Virginia (Ginny) Irene Hey (nee King), 85, went home to be with her Lord and Savior, surrounded by her loving family on March 6, 2021. She was born on April 9,1935, in Philadelphia, Pa., daughter of loving parents Helen and Lester King. Ginny graduated from Germantown High School in 1953, where she met the love of her life and future husband, John C. Hey, at age 15. Upon graduation, Ginny held an administrative position at Bell Telephone Company in Philadelphia, Pa and traveled extensively throughout Europe. Ginny and John were joined in holy matrimony on June 14, 1958, in Philadelphia, Pa and in 1960, moved to Sandia Base, New Mexico where John was commissioned as a Naval Officer. They made their home in several areas of upstate New York: Auburn, Weedsport and Olean, while raising a family of four children. Ginny was a consummate mother, involving herself in Girl Scouts, Boy Scouts, Youth Group, Sunday School, PTA, Service League of Cayuga County, and many local ministries. After raising four beautiful children, she returned to the workforce as Director of the Mental Health Association in Olean, NY, and after moving to Erie became Director of Volunteers at The City Mission in Erie, Pa. While at the City Mission she often held women’s Bible study sessions at Friendship Towers. Ginny was involved with CWO (Council of Women Organizations), Sarah Reed Women’s Auxiliary, and on the development committee for The Mercy Center for Women, and was also a member of the German Cultural Society of Erie. She was a long-time active member of The First Presbyterian Church of the Covenant, serving as Elder, Trustee, Deacon, and Stephen Minister/Leader. She served as Koinonia candidate, frequent sponsor, and leader as well as a Footsteps advocate. She also served on the bereavement committee. Ginny was a voracious reader, accomplished oil painter, gardener, and cook. She loved to entertain her many friends and family with her signature recipes. She was passionate about the old-fashioned art of letter writing and corresponded with her friends and family near and far. Her writing style was most eloquent. She enjoyed her weekly Bible study with “The Women at the Well”. Her life embodied love, empathy, compassion and service. She had a magnetic personality and charisma that will forever be imprinted in our hearts. She leaves behind a legacy of selflessness in the joyful manner in which she provided friendship, loved, cared for and nurtured all those whom she touched. Ginny leaves her cherished family, daughters Caroline (Mark) McClendon and Christine (William) Marn and son, Eric (Louise) Hey and family whom she adored: sister Helen Kraemer (nee King), grandchildren Julia Christine, Stephen Joseph, Eric Andrew, Isabella Elena, Natalie Elisabeth, and many nieces and nephews. She was preceded in passing by her beloved husband, John and son, John C. Hey, Jr. in 2016 . The family graciously extends their gratitude to Dr. Jack E. Yakish, MD, and staff for their stead-fast love and care provided to John and Ginny over the years. A celebration of her life will be held this summer at The First Presbyterian Church of the Covenant. More details to follow. Funeral arrangements are under the care of the Dusckas-Martin Funeral Home & Crematory Inc. 4216 Sterrettania Rd. Erie, PA 16506. In lieu of flowers, her family requests donations be made The Erie City Mission 1017 French St. Erie, Pa. 16505.
To plant a beautiful memorial tree in memory of Virginia Hey, please visit our Tree Store

A Memorial Tree was planted for Virginia
We are deeply sorry for your loss ~ the staff at Dusckas - Martin Funeral Home
Join in honoring their life - plant a memorial tree
Services for Virginia Hey
There are no events scheduled. You can still show your support by planting a tree in memory of Virginia Hey.
Plant a tree in memory of Virginia
Print
Share A Memory
Plant a Tree