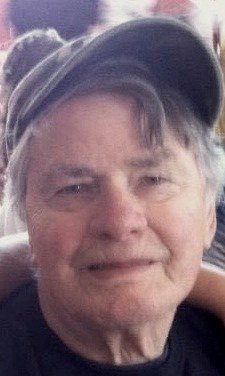 ROBERT FICKLE Robert Fickle, also known as Senior or Bob, 94, of Erie, Pennsylvania passed away peacefully on Saturday, March 20, 2021 at his home, surrounded by family and friends. Robert was born on August 30th, 1926, in Buffalo, NY to Wayne Fickle and Hazel Dibble. He was preceded in death by his wife, Margery Fickle, his sister, Marcella Breads, his son, Robert B. Fickle, and his son-in-law, Pat Davis. He is survived by his daughter, Mary Ann Davis, his daughter-in-law, Kathy Fickle, his 6 grandchildren and his 8 great grandchildren. Robert enlisted in the United States Navy out of high school, and served as a radio specialist after boot camp. He was later assigned to the USS Clarendon #72 in the South Pacific where he was involved with the invasion at Okinawa in Operation Japan during WWII. After the Navy, Robert went on to be a commercial fisherman and, later, a ceramic tile installer with City Tile and Ceramic Tile Creations, both in Erie. While working in the tile industry, and even after he retired from that field of work, Robert found himself heavily involved with the Millcreek American Legion. He ended up serving in several office positions and was the Post Commander for 5 years at Millcreek Post 773. He worked at the Legion up into his early 90s. At that age, he was still driving himself where he needed to go and living independently in his own home. His work ethic and dedication to others was an inspiration to us all, and he was celebrated for his service to country and the American Legion when he was named the Grand Marshall of the Millcreek Fourth of July Parade in 2019. Robert knew how to live. He celebrated life and loved being the center of attention. He used his keen sense of humor as an ice-breaker, never met a stranger and accepted all walks of life no matter what they looked like or what they believed in. He especially took extra time to get to know the good-looking ladies he came across!! He saw people as individuals, and valued them as so. He sought out the best in people and got to know them at their core. Robert will be truly missed by so many, but may we all find peace in the fact he made the most out of life and was fortunate to have such an amazing long run at it! His service will be held at the Dusckas-Martin Funeral Home and Crematory, Inc., 4216 Sterrettania Rd. Erie, PA 16506 on Wednesday, March 24, 2021 from 3 p.m. until the time of military service at 6pm. In lieu of flowers, the family is asking that donations be made in his name to the American Cancer Society.
To plant a beautiful memorial tree in memory of Robert Fickle, please visit our Tree Store

A Memorial Tree was planted for Robert
We are deeply sorry for your loss ~ the staff at Dusckas - Martin Funeral Home
Join in honoring their life - plant a memorial tree
Services for Robert Fickle
There are no events scheduled. You can still show your support by planting a tree in memory of Robert Fickle.
Plant a tree in memory of Robert
Print
Share A Memory
Plant a Tree