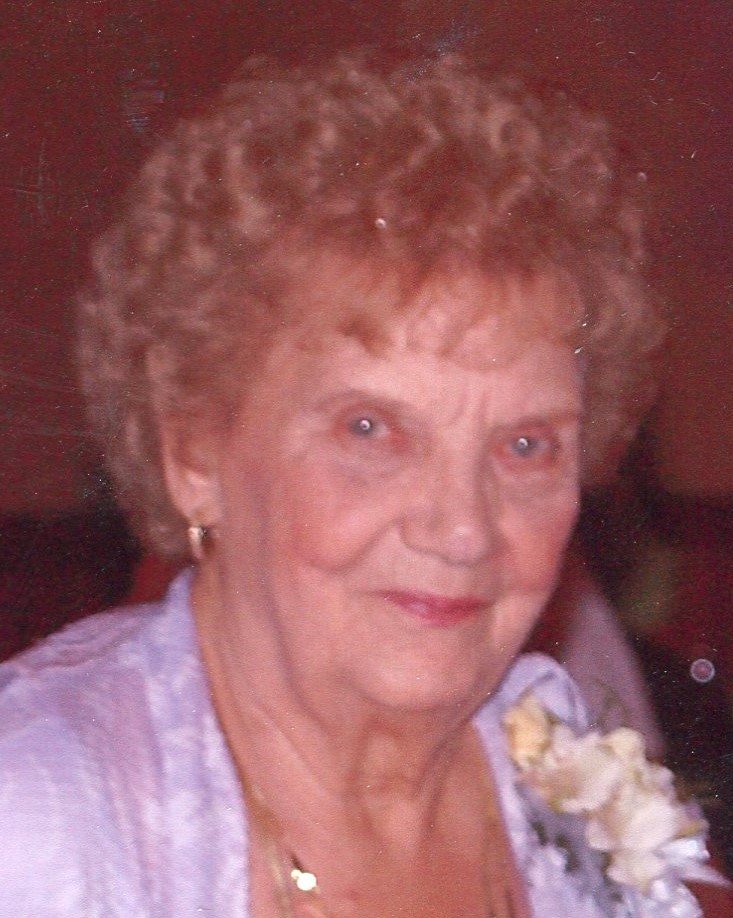 Geraldine P. “Jerrie” Wingenbach, age 93 of Millcreek Twp., passed away on Sunday April 18, 2021 at St Mary’s at Asbury Ridge following a six-month illness. She was born on January 9, 1928 in Erie, a daughter of the late Wilbur and Izola (Balzer) Kessler. She lived most of her life in the Erie area and also lived in, Pittsburgh and Utica, NY. Jerrie was a devoted homemaker and loving wife, mother and grandmother. She enjoyed bingo, road trips with her daughter and nieces, going out to eat and exploring new shopping areas. She was a longtime Auxiliary member of the Union City American Legion Post #237. In addition to her parents, she was preceded in death by her husband, James Wingenbach in 2017; two sons, one in infancy and William Wingenbach; two grandchildren, Michael Butchkosky and Megan Bailey; three sisters, Iris Popovic, Norma Dembinski and Patricia Maloney and one brother, William Kessler. She is survived by two children, Robert (Vivian) Wingenbach and Cynthia (Michael) Butchkosky; five grandchildren, Scot Wingenbach, Andrew Butchkosky, Stephen Wingenbach and Dan and David Wingenbach. She will also be missed by her dog, Billy who adored her. A private graveside service will be held for the family in Trinity Cemetery. Arrangements are under the care of the Dusckas-Martin Funeral Home & Crematory Inc. 4216 Sterrettania Rd. Erie, PA 16506. In lieu of flowers memorial contributions may be made to either, The Autism Society 1062 Brown Ave #200B Erie, PA 16502 or The American Foundation for Suicide Prevention 199 Water Street 11th Floor NY, NY 10038.
To plant a beautiful memorial tree in memory of Jerrie Wingenbach, please visit our Tree Store

A Memorial Tree was planted for Jerrie
We are deeply sorry for your loss ~ the staff at Dusckas - Martin Funeral Home
Join in honoring their life - plant a memorial tree
Services for Jerrie Wingenbach
There are no events scheduled. You can still show your support by planting a tree in memory of Jerrie Wingenbach.
Plant a tree in memory of Jerrie
Print
Share A Memory
Plant a Tree