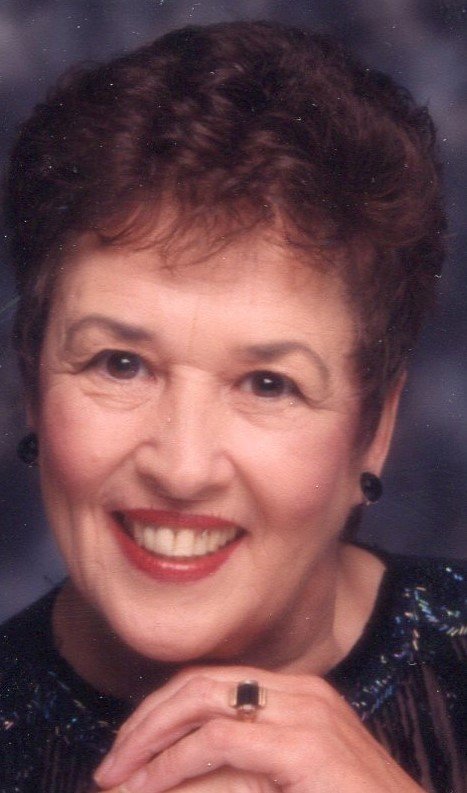 Arlene F. Adams Engel Arlene F. Adams Engel, age 88, of Millcreek Twp., died peacefully on Tuesday, April 27, 2021. She was born in Erie on March 5, 1933, the daughter of the late Walter J and Florence B. Wise Adams. She was employed at Lord Corp. until her retirement. She is survived by her daughter, Kathryn A. Murray and her husband Robert Murray of Snyder, NY, a son John C. Engel and his wife Nicky Engel of Pittsburgh, PA and 6 grandchildren: Patrick and Kara Murray and John II, Benjamin, Jacob and Samuel Engel. Also survived by her nieces and nephews: Mark and Sharon Gerlach, Bob and Diane Gerlach, Bill and Shelly Gerlach and Lori Wallace. She was preceded in death by her sister, Mary Adams Gerlach and her husband Robert Gerlach. She always enjoyed the Gerlach-Wise-Engel family reunions hosted by Mark and Sharon Gerlach. Arlene was a true friend to many and she cared for many of them as they reached the final phase of their lives. She was an accomplished card player who taught her grandchildren the game of euchre. She always enjoyed seeing her name in the newspaper after winning the day at bridge club. Arlene loved to dance and she had a few great loves during her lifetime. She always enjoyed working in her flower garden and walks at Presque Isle. Some of her most treasured memories are of her children and grandchildren spending time with her, exploring the Erie attractions, and celebrating holidays and birthdays. She leaves behind many good friends and neighbors and wishes them well. In her final days, she enjoyed the love and support of her family and friends -- and knowing that her caring, independent spirit, and love will carry on with them. Private arrangements were handled by the Dusckas-Martin Funeral Home and Crematory, Inc. 4216 Sterrettania Rd.
To plant a beautiful memorial tree in memory of Arlene Engel, please visit our Tree Store

A Memorial Tree was planted for Arlene
We are deeply sorry for your loss ~ the staff at Dusckas - Martin Funeral Home
Join in honoring their life - plant a memorial tree
Services for Arlene Engel
There are no events scheduled. You can still show your support by planting a tree in memory of Arlene Engel.
Plant a tree in memory of Arlene
Print
Share A Memory
Plant a Tree