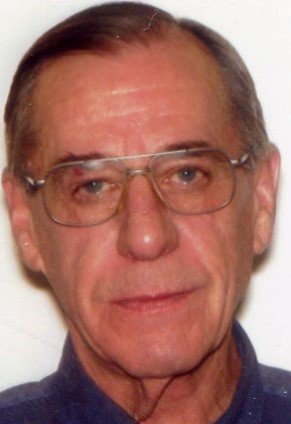 James “Jim” David Hudson James “Jim” D. Hudson, age 76, of Millcreek Twp., passed away on Thursday, May 13, 2021. Jim was born on July 13, 1944 in Pittsburgh, PA (Pleasant Hills), the son of the late Rev. Dr. Paul F. and Elizabeth V. Hudson. His father was the founding minister of Pleasant Hills Presbyterian Church. Jim moved several times while growing up, following his father’s church assignments. These included: Squirrel Hill, Indianapolis, NYC, where Jim thoroughly loved living there, and Johnstown, PA. He graduated from Westmont H.S. in Johnstown in 1964. While in high school, Jim was selected for district, state and national chorus. He had a beautiful bass voice. He also had leading roles in South Pacific (Emile Dubec) and My Fair Lady (Professor Higgins). Jim attended Virginia Technological Institute (William & Mary College) until he was drafted into the US Army. His 21st birthday was spent on a train to Ft. Sam Houston, TX for basic training. He served in Vietnam from 1966-67. He was discharged as a Spec 5. Jim then took additional classes at IUP and Point Park College while holding full time jobs. Jim was in food sales for most of his career working for: Supermarking Services, Rath Packing, Country Belle Dairy, Gartner, Harf Meat Packing, and Dailey Juice Co. He then sold Volvo trucks for Poplar White for several years. Upon retirement, “Mr. Jim” drove bus 45 for seven years for First Student in Millcreek Twp. Jim loved to work outdoors and he designed and built his home’s deck and other landscape projects. He could fix just about anything. His COPD and dementia finally caught up with him and he was unable to continue what he loved. He read the newspaper cover to cover daily and kept up on current events. He loved to travel, especially throughout the West, and going to casinos with his wife. He also enjoyed hunting with his son David. Jim married his wife, Barbara Natale, on August 15, 1970 and his pride and joy was the birth of his son, David. He is survived his wife Barbara Hudson and their son David Hudson (Lisa), and their “good boys” (Papa Jim always called them this): Collin, Ryan, Aidan, Owen, and Lisa’s family. He is also survived by two brothers; Rev. Paul Hudson (Jennine) of Fox Lake, WI and Mark Hudson, as well as his nephew Michael Hudson (Alison), his niece Karen Burd (Travis), six great-nieces and great- nephews in Baltimore, MD., and many cousins. He was a friend of Bill W. for over 25 years. Friends may call at the Dusckas-Martin Funeral Home and Crematory, Inc., 4216 Sterrettania Rd. on Thursday, May 20, 2021 from 3 P.M. until time of the Memorial Service there at 6 P.M. Private interment. The family would love to express their heartfelt thanks to the UPMC Hospice (Melissa and James) and the staff at the Soldiers & Sailors Home. In lieu of flowers, memorial contributions may be made to the Erie Soldiers & Sailors Home, 560 East 3rd Street, Erie, PA 16507.
To plant a beautiful memorial tree in memory of James Hudson, please visit our Tree Store

A Memorial Tree was planted for James
We are deeply sorry for your loss ~ the staff at Dusckas - Martin Funeral Home
Join in honoring their life - plant a memorial tree
Services for James Hudson
There are no events scheduled. You can still show your support by planting a tree in memory of James Hudson.
Plant a tree in memory of James
Print
Share A Memory
Plant a Tree