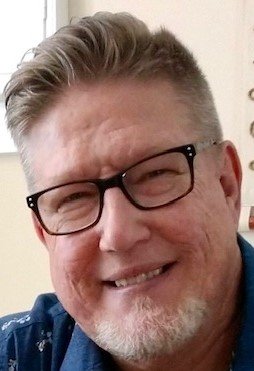 Please share a memory of Craig to include in a keepsake book for family and friends.
View Tribute Book
Craig William Irwin of Lancaster, South Carolina, formerly of Erie, Pennsylvania, passed away Thursday, July 1, 2021 after a sudden cardiac event at the age of 60. Craig was born in Pittsburgh on October 28, 1960 to Alvin and Audrey Irwin (nee Barley). He would later be joined by two siblings, Alan, and Stephanie. Sports dominated Craig's childhood, and he carried that joy with him all the way to Strong Vincent's 1977 All-City championship as a linebacker and tight end. After graduation from Strong Vincent, Craig joined the United States Navy, where he proudly served aboard the USS McCloy. During his service, his ship was instrumental in the capture and apprehension of a massive drug shipment. Craig wed Katherine Ozolek in 1982 in Erie, Pennsylvania. They welcomed their first child, Lucas, in 1985, followed by their daughter, Alaina. in 1987. After completing his naval service, Craig returned to Erie to raise his family. He married the former Lisa Vassalo in 1992, and they welcomed their daughter Natalie, the following year. Over the course of his life, Craig was heavily involved in the church ministries of Elmwood Avenue Presbyterian in Erie, and later, Union Presbyterian in McKees Rocks. Craig enjoyed an active social life with many valued friends which included plenty of entertaining, cooking, golf, cocktails, laughter, and tailgating, and attending his favorite team's games, the Cleveland Browns, who will now probably win the Super Bowl next year. Craig's greatest source of pride was his family, proudly participating in the lives of his three children, and later, joyfully, his two granddaughters, Audra and Sienna, along with his naval service, lasting friendships, and of course, his 2017 Union Presbyterian 8th Annual Chili Cook-Off Judges Choice Best Chili Award, in no particular order. After raising his children to adulthood, he and his beloved wife Lisa, escaped the cold and slush to the sunny Palmetto state of South Carolina, where he lived out the final years of his life enjoying the pleasures of retirement, including trips to their beach house in Myrtle Beach, dips in the pool, sneaking treats to his dogs, and doting on his new granddaughter. Friends are invited to a Memorial Service at Elmwood Presbyterian Church, 2816 Elwood Ave., Erie, PA 16508 on Saturday, July 10, 2021 at 11:00 a.m. followed immediately by a Military Honor Guard Service at the Dusckas-Martin Funeral Home and Crematory, Inc., 4216 Sterrettania Rd., Erie, PA 16506. (approx. around Noon) In lieu of flowers, memorial contributions may be made to the Gary Sinise Foundation, PO BOX 368, Woodland Hills, CA 91365.
To plant a beautiful memorial tree in memory of Craig Irwin, please visit our Tree Store