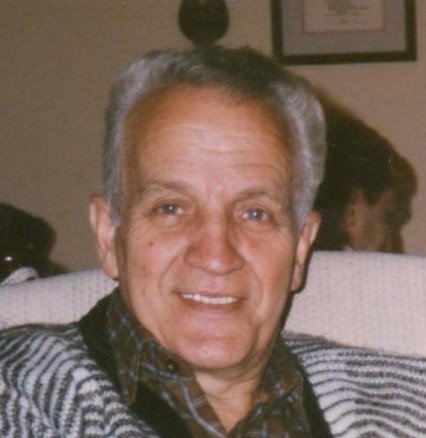 Please share a memory of Samuel to include in a keepsake book for family and friends.
View Tribute Book
Samuel Jesse Hayes After a long illness, Samuel Hayes passed away on August 5, 2021 at the age of 88 at the home of his daughter with whom he resided for the last six years. Sam was born November 16, 1932 in Roaring Springs, PA to Jack and Jesse Hayes. Sam worked at many places throughout the years – Marx Toys (16 years), Fenestra (30 years), MacDonald Illig Jones and Britton (11 years). He also held various part time jobs - bottle washer, cement worker, assistant at Miller Auto Supply, cleaning at Blessed Sacrament. Sam’s favorite job was being a father and grandpa! As hard as he worked, he always made time for his children – swimming, playing cards, watching them in sports. He was a great babysitter for the grandchildren, including the four-legged ones! Sam was an active member of the Mercy Center on Aging, where he played Pinochle and Euchre. He also played with various other groups over the years – Holy Trinity, the Vets Club, Sarah Reed – anywhere he could find a game! As a younger man, he enjoyed horseshoes, bowling, bocci and shuffleboard. He was a lifelong donor to the Community Blood Bank, proudly giving until he was no longer able. He spent the last few days on earth surrounded with love and support from his children Robert Hayes, Stephen (Janice) Hayes, Scott (Sheila) Hayes and Susan (Mark) Banka and grandchildren Justin Hayes, Scott Hayes, Anthony Hayes, Eric Hayes, Samantha Hayes, Brian Reichert, Megan Patterson, Brittany Hayes, Andrew Hayes, Samantha Banka and Jonathan Banka. He is also survived by nine great-grandchildren and many nieces and nephews. In addition to his parents, he is preceded in death by his wife, Rosemarie “Babe” Hayes, brothers Dean and Robert, sisters Rose, Grace and Marie. Special thanks to the staff of Asera Care, especially Darla – you made his last years comfortable and allowed him to keep his dignity. Visitation will be held Sunday, (TODAY) August 8th from 1:00 PM until the time of a blessing service at 4:00 PM at the Dusckas-Martin Funeral Home & Crematory Inc. 4216 Sterrettania Road. Burial will be private. Sam wasn’t a big fan of flowers. If you wish to honor him, the family requests that you spread some kindness – pay it forward, do a good deed, visit a loved one or donate to the Community Blood Bank and save a life. We'll meet again, Don't know where- Don't know when. But I know we'll meet again some sunny day (Johnny Cash)
To plant a beautiful memorial tree in memory of Samuel Hayes, please visit our Tree Store

A Memorial Tree was planted for Samuel
We are deeply sorry for your loss ~ the staff at Dusckas - Martin Funeral Home
Join in honoring their life - plant a memorial tree
Services for Samuel Hayes
There are no events scheduled. You can still show your support by planting a tree in memory of Samuel Hayes.
Plant a tree in memory of Samuel
Print
Share A Memory
Plant a Tree