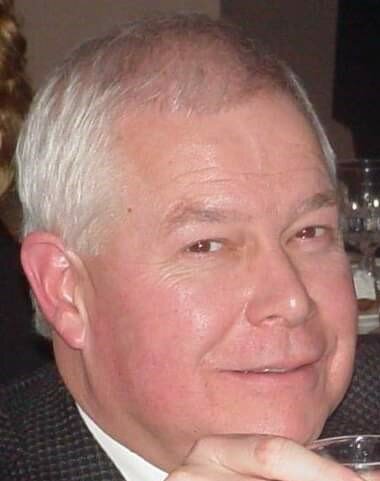 Please share a memory of Russell to include in a keepsake book for family and friends.
View Tribute Book
Russell “Russ” Frank King Russell (Russ) Frank King (67), of Erie, passed away in his home on August 21, 2021. Russ was born in Erie on September 15, 1953. He graduated from McDowell High School in 1971. He continued his education at Penn State Behrend, obtaining his Associates Degree in Business, and completed his Bachelor of Science Degree in Business Management (Magna Cum Laude) and Economics at Edinboro University. Russ worked as a Master Scheduler at Lord Corporation, from where he retired. Russ wed his bride of 37 years, Laureen (Laurie) Gualtier-King on March 31, 1984. He was preceded in death by his mother, Joann Sirak King. He is survived by his wife Laurie; father, Richard; siblings Deborah, Richard, Thomas (Cheryl), and Diane (Bob); son, Marc (Mandi); and grandsons Jacob and Owen; and many nieces and nephews. Russ cherished time with his family. He was an avid sports fan, he loved Penn State, the Cleveland Browns, Indians, Erie Otters, and Pittsburgh Penguins. He also had a passion for buying and selling sports memorabilia. Russ was an avid bowler and golfer; he could often be found on the course with both family and friends. He spent many afternoons on the greens with not only his bride, but both his son and grandson; and on many occasions with his cousin Bob Sirak (Cousin Bob). Russ loved animals and opened his home to 4 rescue cats: Maxie, Erma, Jingles, and Sylvester. He also loved to spend time with his grandpup, Jj. Friends may call on Friday, August 27, 2021, at Dusckas-Martin Funeral Home and Crematory, Inc., 4216 Sterrettania Road from 3-7:30 pm. A service will be held by Fr. Jason Feigh (St. Francis Xavier Parish) immediately following viewing hours. Private interment In lieu of flowers, memorials can be made to The American Heart Association, Second Harvest Food Bank, or Orphan Angel’s Cat Sanctuary.
To plant a beautiful memorial tree in memory of Russell King, please visit our Tree Store

A Memorial Tree was planted for Russell
We are deeply sorry for your loss ~ the staff at Dusckas - Martin Funeral Home
Join in honoring their life - plant a memorial tree
Services for Russell King
There are no events scheduled. You can still show your support by planting a tree in memory of Russell King.
Plant a tree in memory of Russell
Print
Share A Memory
Plant a Tree