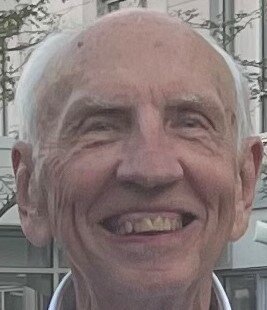 Please share a memory of Robert to include in a keepsake book for family and friends.
View Tribute Book
Robert Joseph Vogel Robert J. Vogel, age 85, of Millcreek Twp., passed away after a brief illness surrounded by his loving family. He was born in Erie, PA, on January 20, 1936, the son of the late Robert and Anna M. Szewczykowski Vogel. Bob served in the US Army for two tours during the Cold War. He was a realtor, landlord, but started his career with Eriez Magnetics. He attended First Alliance Church. Bob enjoyed billiards; achieving the rank of most banks in competitions around the area. He also enjoyed drawing, doing puzzles, and playing chess. Besides his parents he was preceded in death by one brother Donald Vogel. He is survived by his beloved wife of 54 years Rose M. Sargent Vogel, three stepchildren; Scott Walters (Karen), Carrie Walters, Laurie Strumila (Walters) (Joseph), one foster daughter Carrie Rowland (Don), and nine grandchildren. Friends may call at the Dusckas-Martin Funeral Home and Crematory, Inc. 4216 Sterrettania Rd. on Saturday, August 28 from 11:00 a.m. until the time of the Funeral Service at 1:30 p.m. Interment Laurel Hill Cemetery. In lieu of flowers, memorial contributions may be made to First Alliance Church or to the Salvation Army.
To plant a beautiful memorial tree in memory of Robert Vogel, please visit our Tree Store

A Memorial Tree was planted for Robert
We are deeply sorry for your loss ~ the staff at Dusckas - Martin Funeral Home
Join in honoring their life - plant a memorial tree
Services for Robert Vogel
There are no events scheduled. You can still show your support by planting a tree in memory of Robert Vogel.
Plant a tree in memory of Robert
Print
Share A Memory
Plant a Tree