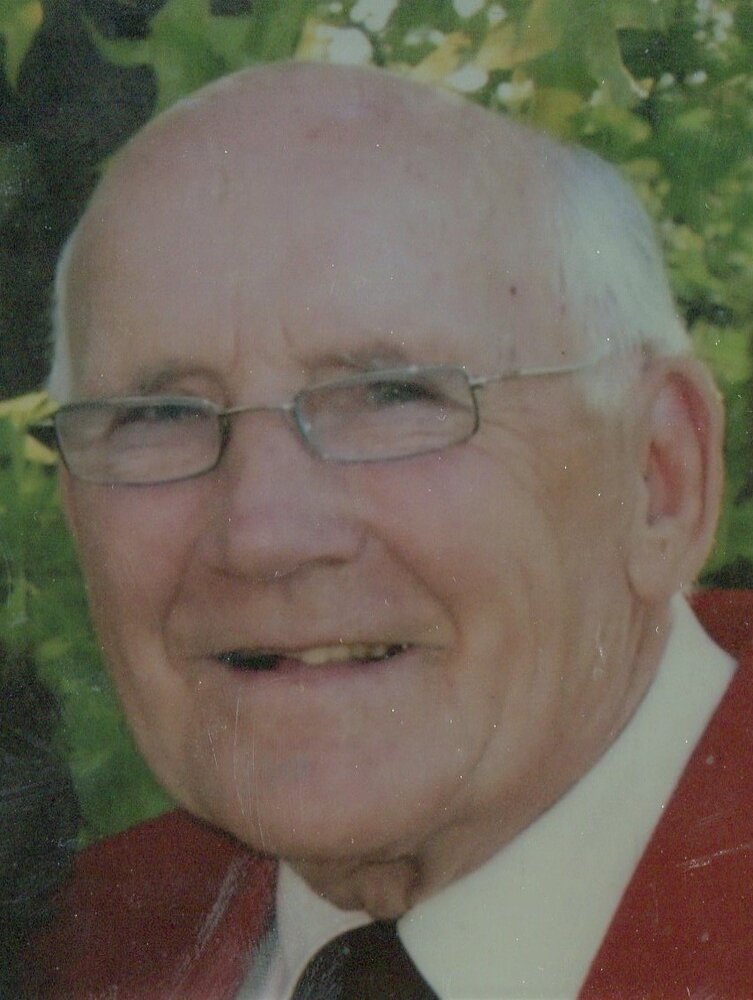 Please share a memory of William to include in a keepsake book for family and friends.
View Tribute Book
William James Nolan, Sr. William James Nolan, Sr., age 92, of Fairview Twp., passed away on Tuesday, October 19, 2021 with his family there to say their final goodbyes. He was born on September 11, 1929 in Erie, the son of the late James W. and Bridget Grant Nolan. Bill was the youngest in a family of two girls and 5 boys. He graduated from Cathedral Prep in 1948 and attended Gannon College. He was in the US Air Force from 1950-1954. He attended Holy Cross R.C. Church. His first job was with the family business, J.W. Nolan & Sons, a marine contracting and steel boat building business. In the summer months they ran a ferry boat to the Peninsula and took out public fishing parties and lake rides. Bill, with his coast guard license, was captain of the “Carol Diane” Lake Ride Boat. The “Carol Diane”, built by the Nolans, was all steel, had two decks, carried 144 passengers, had a crew of 3, and was powered by 2 General Motors marine diesels. After his boating career, Bill was employed at and retired from National Forge and Steel. Bill played a lot of golf with his sons and friends during retirement. He and his wife Marge visited Ireland, Italy, Switzerland, and took many cruises to islands such as Aruba, St. Thomas, and Barbados. Besides his parents, he was preceded in death by a daughter Tina, two sons; Norman and Bill, Jr., two sisters; Eileen Maclimans, Thelma Gallagher, and four brothers: Francis, Grant, Joe, and Jim, Jr. Nolan. He is survived by his loving wife of 61 years Marge George Nolan, three sons; Matt Nolan (Debbie), Todd Nolan (Julie), Glenn Nolan (Jill), grandchildren: Vanessa, Brianna, Alicia, Karlee, Luke, and Lindsay Perry (Mike), nieces and nephews, and his Pug, Mr. Fred. The family would like to thank all the great staff at AseraCare Hospice and Fairview Manor for the loving care they gave to Bill; especially during his final weeks. Private arrangements were handled by the Dusckas-Martin Funeral Home and Crematory, Inc., 4216 Sterrettania Rd. Inurnment Gate of Heaven Cemetery. Memorial contributions may be made to the Erie Humane Society or any other animal shelter.
To plant a beautiful memorial tree in memory of William Nolan, Sr., please visit our Tree Store

A Memorial Tree was planted for William
We are deeply sorry for your loss ~ the staff at Dusckas - Martin Funeral Home
Join in honoring their life - plant a memorial tree
Services for William Nolan, Sr.
There are no events scheduled. You can still show your support by planting a tree in memory of William Nolan, Sr..
Plant a tree in memory of William
Print
Online Memory & Photo Sharing Event
Online Event
About this Event