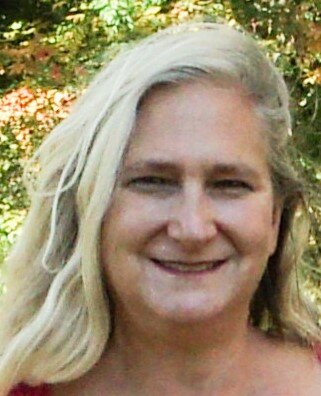 Please share a memory of Diane to include in a keepsake book for family and friends.
View Tribute Book
Diane Jackson Koos Diane (Jackson) Koos, loving wife, mother, sister, and friend, went to be with our Heavenly Father on Wednesday, November 24, 2021. Diane was born in 1961 in Pittsburgh, PA. She graduated from North Hills High School in 1978. She received her undergraduate degree in education and home economics from West Virginia University in 1982 and her master’s degree in education from University of Pittsburgh in 1986. Diane was near to completion of her PhD in counseling from Liberty University. Diane was previously married to Fred Zeyfang and they had six children together. She married Cory Koos in 2013. Diane was a Licensed Professional Counselor and opened her own private counseling practice in Erie, PA. She additionally worked at Erie City Mission Grace House which provides a secure and safe location for women who are suffering from domestic violence, addiction, and homelessness. Diane enjoyed reading, being outside, and working in her garden. She attended Dorchester Drive Bible Church. She is survived by her spouse, Cory Koos, her children: Jenna (Zeyfang) and Andy Cotherman, Josh and Nikki (Nesselhauf) Zeyfang, Austin and Courtney (Behr) Zeyfang, Spencer and Deb (Campbell) Zeyfang, Colin Zeyfang, and Marshall Zeyfang. Also surviving are grandchildren: Brynlee, Luna, Landon, Braxton, Mason, Parker, and Zane, her step-children: Corynn and Janell Koos, one sister Tricia (Jackson) and Larry Lutz, nieces: Rachel Lutz and Katie (Sherry) Erwin, nephews: Jared and Adam Lutz, and Zak Sherry, her dogs; Carly and Jesse, her cats; Gracie and Brook. She was preceded in death by parents, Nancy and Grant Jackson and one sister, Karen Jackson A Memorial Service was held at the Dorchester Drive Bible Church, 5002 Dorchester Dr., Erie, PA 16509. Private interment Wintergreen Gorge Cemetery. Arrangements were made by Dusckas Martin Funeral Home and Crematory, Inc., 4216 Sterrettania Rd., Erie, PA 16506. In lieu of flowers, memorial donations may be made to Erie City Mission Women's Ministry's, "New Life Program- Grace House”, 1017 French Street, Erie, PA 16512
To plant a beautiful memorial tree in memory of Diane Koos, please visit our Tree Store

A Memorial Tree was planted for Diane
We are deeply sorry for your loss ~ the staff at Dusckas - Martin Funeral Home
Join in honoring their life - plant a memorial tree
Services for Diane Koos
There are no events scheduled. You can still show your support by planting a tree in memory of Diane Koos.
Plant a tree in memory of Diane
Print
Online Memory & Photo Sharing Event
Online Event
About this Event