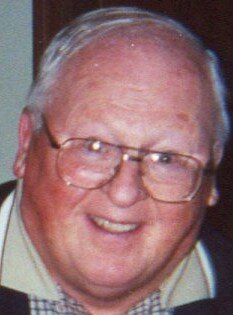 Please share a memory of Howard to include in a keepsake book for family and friends.
View Tribute Book
Howard E. Henderson Howard E. Henderson, age 91, of Millcreek Twp., passed away on Monday, November 29, 2021 at St. Mary’s at Asbury Ridge surrounded by his loving family. He was born on March 4, 1930, in Chicago, IL, the son of the late Andrew and Catherine Scheer Henderson. He served for two years in the US Army in Europe until his honorable discharge. Howard attended and graduated from Ohio University and also graduated from Ohio State University with a MA degree in social work; working for the US government at the VA Medical Center as a social worker for 20 years until his retirement. Howard also did marriage counselling and taught courses at Gannon and Mercyhurst. He married his wife Virginia A. Crispin in 1952. He enjoyed playing tennis, golf, and loved to fish. He was a very good wood carver and made many beautiful pieces. He is survived by his beloved wife, Virginia Crispin Henderson, three beautiful daughters; Deborah Johns, Kathy Lovejoy, Beth Bamberger, and two grandchildren; Sarah and Sam Bamberger. Private services were conducted by the family through the Dusckas-Martin Funeral Home and Crematory, Inc., 4216 Sterrettania Rd.
To plant a beautiful memorial tree in memory of Howard Henderson, please visit our Tree Store

A Memorial Tree was planted for Howard
We are deeply sorry for your loss ~ the staff at Dusckas - Martin Funeral Home
Join in honoring their life - plant a memorial tree
Services for Howard Henderson
There are no events scheduled. You can still show your support by planting a tree in memory of Howard Henderson.
Plant a tree in memory of Howard
Print
Online Memory & Photo Sharing Event
Online Event
About this Event