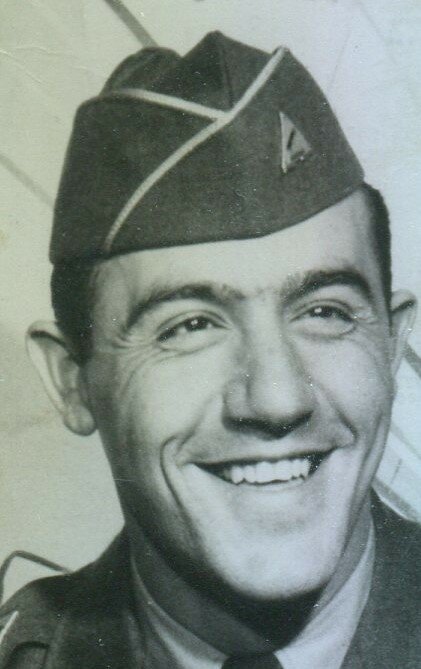 Please share a memory of Peter to include in a keepsake book for family and friends.
View Tribute Book
Peter Nicholas Gianaris Peter “Pete” N. Gianaris, age 90, of Erie PA, passed away on Tuesday, November 30, 2021 after a brief illness. He was born on January 1, 1931 in Georgitsi, Greece, the son of the late Nicholas George and Eleni Antonopoulis Gianaris. He came to the US in 1952. Pete served with the tank company of the US Army’s 7th Division, 31st Regiment from January 4, 1955 to December 29, 1956 in the Korean War. He married his beloved wife Dorothy Heim on January 12, 1963 and was employed at General Electric for 30 years until his retirement. He was a member of the Assumption Greek Orthodox Church and enjoyed volunteering at the Greek Church’s annual Panegyri Festival, working in the Gyro tent for years. Pete was also an avid DIYer around the house. He was preceded in death by his parents, and his siblings: George Gianaris, Angela Gouzoulis, Paul Gianaris, and James Gianaris. He is survived by his beloved wife of 58 years Dorothy Heim Gianaris, his son Nicholas P. Gianaris (wife Heidi), his nieces; Demetra Kontoulis, Elaine Gianaris, and his nephews; Nicholas Gouzoulis, Nicholas G Gianaris, Paul Gianaris, and Nicholas J. Gianaris. Friends may call at the Dusckas-Martin Funeral Home and Crematory, Inc., 4216 Sterrettania Rd. on Friday, December 3, 2019 from 3 p.m. until the time of the Trisagion Prayers at 7 p.m. conducted by the Rev. Theofanis Nacopoulos. The Funeral Service will be held on Saturday, December 4, 2021 at 10:00 a.m. at the Assumption Greek Orthodox Church, 4376 West Lake Rd., Erie, PA 16505. Interment Laurel Hill Cemetery.
To plant a beautiful memorial tree in memory of Peter Gianaris, please visit our Tree Store

A Memorial Tree was planted for Peter
We are deeply sorry for your loss ~ the staff at Dusckas - Martin Funeral Home
Join in honoring their life - plant a memorial tree
Services for Peter Gianaris
There are no events scheduled. You can still show your support by planting a tree in memory of Peter Gianaris.
Plant a tree in memory of Peter
Print
Online Memory & Photo Sharing Event
Online Event
About this Event