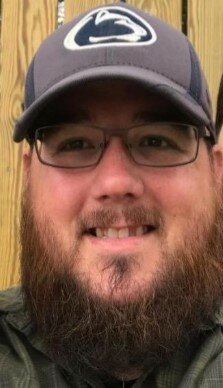 Please share a memory of David to include in a keepsake book for family and friends.
View Tribute Book
David Edward Langdon David “Dave” Edward Langdon, age 40, of Millcreek Twp., passed away on Monday, December 6, 2021 after a brief illness. He was born in Erie on April 17, 1981, the son of Christine Wygant Langdon and the late David L. Langdon. Dave was employed at Fralo Industries, GE, and Wabtec. He was a member of Elevate Church, and was a graduate of Penn State University, was attending Edinboro University, and was a member of the Mystic Mountain Training Center. He enjoyed smoking meats, playing guitar, fishing, and cycling on the Peninsula. He is survived by his mother, his beloved wife, Janessa Brewer Langdon, two sons; Lukas and Logan Langdon, and one sister Shana Burnett. Besides his father, he was preceded in death by one brother Timothy Langdon, his grandmother Elizabeth Wygant, and his aunt Deborah Oborski. A Memorial Service will be planned at a future date. All arrangements were handled through the Dusckas-Martin Funeral Home and Crematory, Inc., 4216 Sterrettania Rd.
To plant a beautiful memorial tree in memory of David Langdon, please visit our Tree Store

A Memorial Tree was planted for David
We are deeply sorry for your loss ~ the staff at Dusckas - Martin Funeral Home
Join in honoring their life - plant a memorial tree
Services for David Langdon
There are no events scheduled. You can still show your support by planting a tree in memory of David Langdon.
Plant a tree in memory of David
Print
Online Memory & Photo Sharing Event
Online Event
About this Event