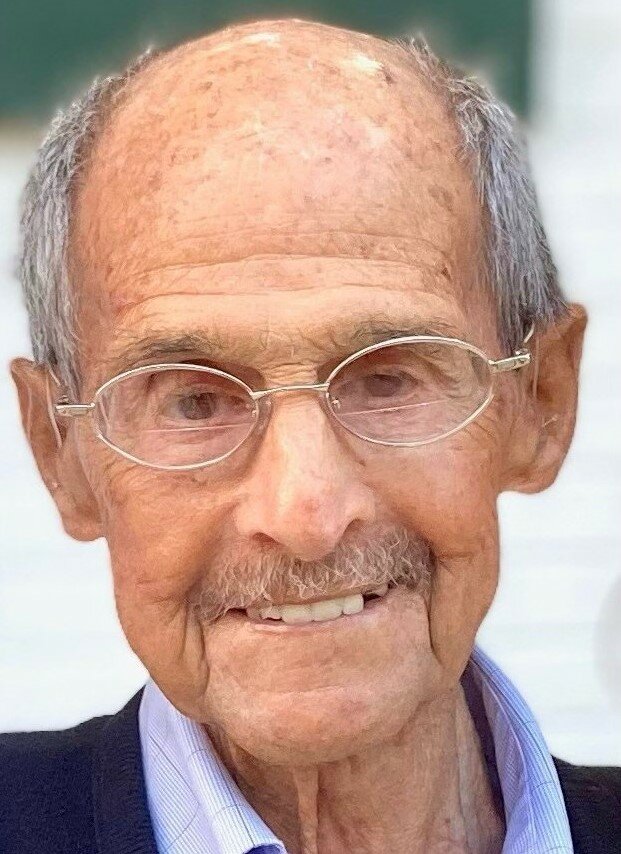 Please share a memory of Anthony to include in a keepsake book for family and friends.
View Tribute Book
Anthony C. “Tony” Gumino age 96 of Fairview, passed away at his home on Monday January 3, 2022, following a short illness. He was born in Niles, Ohio on February 12, 1925, a son of the late, Frank and Carolina (Vecchia) Gumino. In addition to his parents, he preceded in death by four brothers, Joseph, Frank, Carmen and Philip Gumino and three sisters, Lucy Lazzari, Jennie Nardo and Antionette Gumino. Tony proudly served his country in the United States Navy during WW II. He moved to the Erie area in 1971. He was a co-owner of Gumino-Martin Ford, the owner of Gumino Lincoln Mercury of Meadville, PA and for many years was the general manager of Bianchi Honda. He was a member of Our Lady of Peach Catholic Church, VFW, American Legion Newton Post #236 and the Army & Navy Club, where he was a Past National Commander. He was an avid to golfer and that was his favorite thing to do. He is survived by two daughters, Michelle Trapp (David) and Alisa McGraw (Chuck Davis); grandchildren, Jason Trapp (Jen), Brian Trapp, Nick Trapp (Bridget), Shawn Trapp, Amy Long (Chuck), Caralee McGraw, T.J. McGraw (Mandi) and Marissa Wig (Jesse) and ten great-grandchildren. A Funeral Mass will be held at 1:30 PM on Monday January 10, 2022 at Our Lady of Peace Catholic Church 2401 W38th St. Erie, PA 16506. Interment will be private and held at the convenience of the family. Arrangements are under the care of the Dusckas-Martin Funeral Home & Crematory Inc. 4216 Sterrettania Rd. Erie, PA 16506. The family would like to offer a special thank you to Family Hospice (part of UPMC Health Services) and also memorial contributions may be made to them at 1700 Peach St. Suite #244 Erie, PA 16501.
To plant a beautiful memorial tree in memory of Anthony Gumino, please visit our Tree Store

A Memorial Tree was planted for Anthony
We are deeply sorry for your loss ~ the staff at Dusckas - Martin Funeral Home
Join in honoring their life - plant a memorial tree
Services for Anthony Gumino
There are no events scheduled. You can still show your support by planting a tree in memory of Anthony Gumino.
Plant a tree in memory of Anthony
Print
Online Memory & Photo Sharing Event
Online Event
About this Event