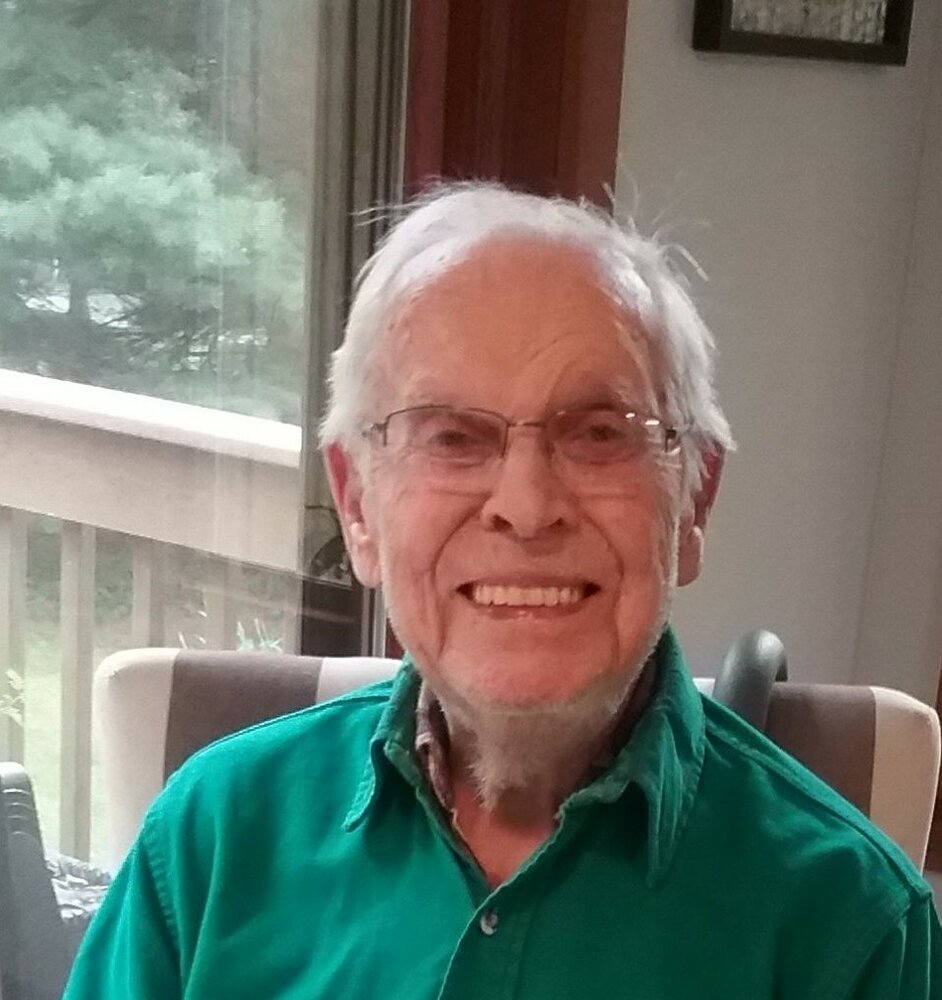 Please share a memory of Lloyd to include in a keepsake book for family and friends.
View Tribute Book
Lloyd F. Walter of the Town of Union, NY and, formerly, of the Erie, PA area, died, at home, early Christmas morning. Dad was born to Edwin and Annetta Walter of Leeper, PA, in early June of 1923 and graduated from Farmington Township High School. He was married for almost 50 years (49 years & ~10 months) to Thelma Weber, who pre-deceased him. He is further pre-deceased, by his parents; daughter, Gloria Quinlan; brothers, Jim and George; and sisters, Ardeth, Donna, Kathrene and Madyline. He is survived by his sister, Leah Crawford of Philadelphia, PA; his son, Walter (Buzz) Hawley, daughter-in-law, Martha (Marti) Hawley; grandchildren, Kurt and Sue Kudlock, Jeff and Kim Kudlock, Dawn Tran; and many great-grandchildren, too numerous to list. He served in WWII from 1942-1946, driving a tank transporter in France for the 456th Ordnance Evacuation Company, which supplied tanks to General Patton’s offensive campaign after D-Day. (Some of those runs through the countryside of France were at night, with no moon and, because of the possible German presence, no headlights.) His pastimes were bowling and walking on “the Peninsula” (Presque Isle Pennsylvania State Park) with Mom. Dad loved his Bible and Jesus: “I’m spending time with my Lord.” For many years, he owned, and operated, Lloyd F. Walter Carpentry, as an independent contractor and, also, as a sub-contractor for several builders in the Erie area, and was known for the high quality of his work. Dad’s burial will be held in Laurel Hill Cemetery. Local arrangements are being handled by the Dusckas-Martin Funeral Home & Crematory Inc. 4216 Sterrettania Rd. Erie, PA 16506.
To plant a beautiful memorial tree in memory of Lloyd Walter, please visit our Tree Store

A Memorial Tree was planted for Lloyd
We are deeply sorry for your loss ~ the staff at Dusckas - Martin Funeral Home
Join in honoring their life - plant a memorial tree
Services for Lloyd Walter
There are no events scheduled. You can still show your support by planting a tree in memory of Lloyd Walter.
Plant a tree in memory of Lloyd
Print
Online Memory & Photo Sharing Event
Online Event
About this Event